Rajasthan Royals went royal in releasing their new team jersey as a skydiver jumped off a plane and landed among the players. 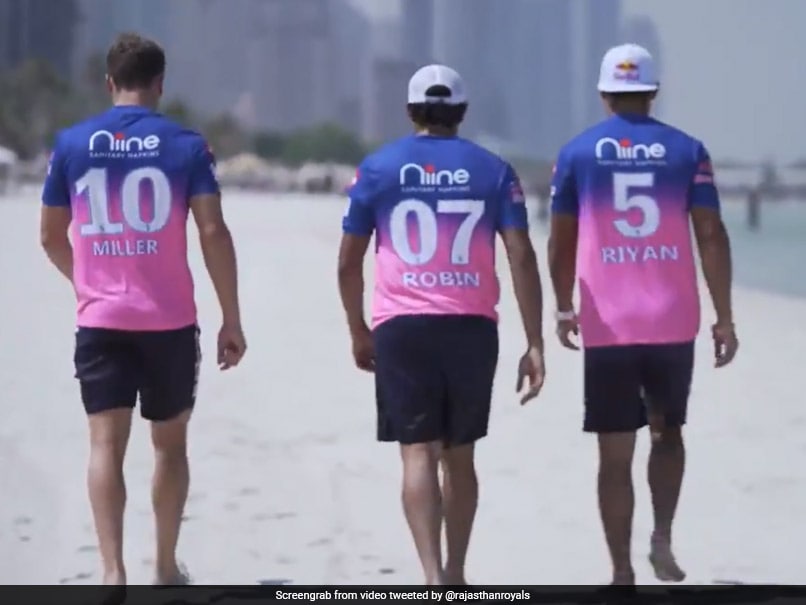 Rajasthan Royals had a royal landing of their Indian Premier League (IPL) 2020 jersey, quite literally, as it landed on a beach in the United Arab Emirates (UAE) off a plane with a skydiver doing the honours. The players, who had a “beach morning” after a “long practice session” the previous night, as revealed by Robin Uthappa in a video posted by Rajasthan on social media, were perplexed at the sight. Riyan Parag, the only member of the squad who had prior information of this development, was one of the first to leap out to the bag that landed form the sky and pick out the jerseys from it.

The skydiver packed the brand-new jerseys in his backpack and boarded the flight even as the players idled on the beach playing football.

Ankit Rajpoot seemed to draw the attention of his mates to a man descending towards them from the sky, and soon the players were hooked to this intruder who had landed in their midst aided by a parachute.

The guest was given an ovation upon landing as the players soon found out the reason behind his high-flying rendezvous.

Rajasthan are the winners of the inaugural IPL season in 2008 but haven't been able to repeat the feat since. After a fourth-place finish in 2018, Rajasthan's performances regressed as they finished seventh in 2019.

They will be led by Australia's Steve Smith this season, who is yet to arrive in the UAE as he is with Australia's squad in the UK to play two limited-overs series.

Robin Uthappa IPL 2020 Cricket
Get the latest updates on ICC Women's Cricket World Cup 2022 and IPL 2022, check out the Schedule , Live Score and IPL Points Table. Like us on Facebook or follow us on Twitter for more sports updates. You can also download the NDTV Cricket app for Android or iOS.