Axar Patel's faux-pas in the video shared by Prithvi Shaw is sure to leave viewers in splits. 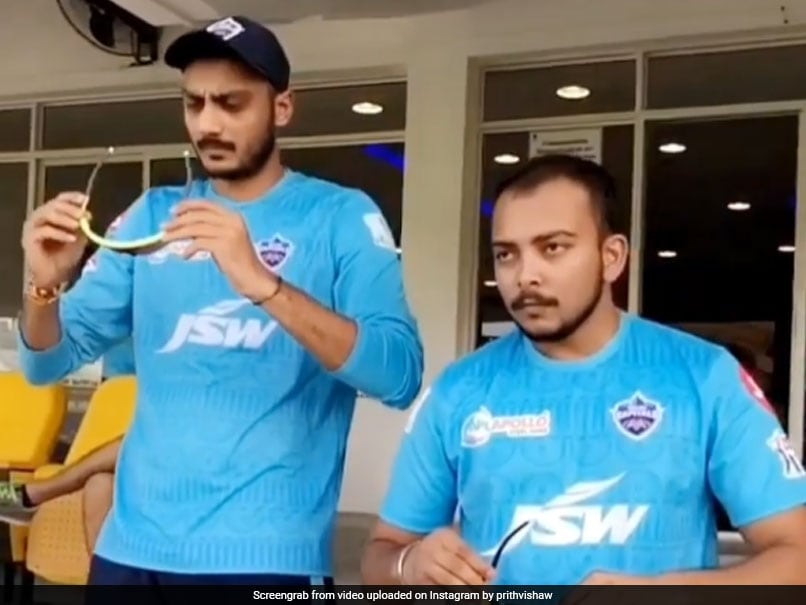 Delhi Capitals opener Prithvi Shaw took to Instagram to share a video featuring a hilarious failed attempt at a shoot by teammate Axar Patel. "Axar bhai... sorry, par yeh secret mein aur nahi chuppa sakta (sorry, but I can't keep this secret hidden anymore)," he captioned the video, before instructing his followers to make sure to watch the video till the end. The video starts off rather innocuously, as Shaw and Patel are seen walking down the steps at a stadium, in full swagger as they put on their sunglasses.

However, the video then pauses, and goes back to "a few moments before." The video then shows an attempted take for the shoot, and this is when Patel's hilarious faux pas is revealed.

The Capitals have been gearing up for Indian Premier League (IPL) 2020 in the UAE, which is set to begin on September 19.

Shaw, especially, has been impressing in the nets, drawing praise from batting legend and DC coach Ricky Ponting.

In the IPL, Shaw may also give some competition to Axar Patel in the bowling department too, as he was seen throwing up some leg-breaks in training, and even picking a wicket.

Delhi Capitals will get their season underway on September 20, in the second match of IPL 13, when they take on Kings XI Punjab in Dubai.

Axar Patel Cricket
Get the latest updates on ICC T20 Worldcup 2022, check out the Schedule and Live Score. Like us on Facebook or follow us on Twitter for more sports updates. You can also download the NDTV Cricket app for Android or iOS.