IPL 2020: Deepak Chahar Back In Training For CSK After Recovering From Coronavirus

Deepak Chahar is back in training for Chennai Super Kings after twice testing negative for coronavirus. 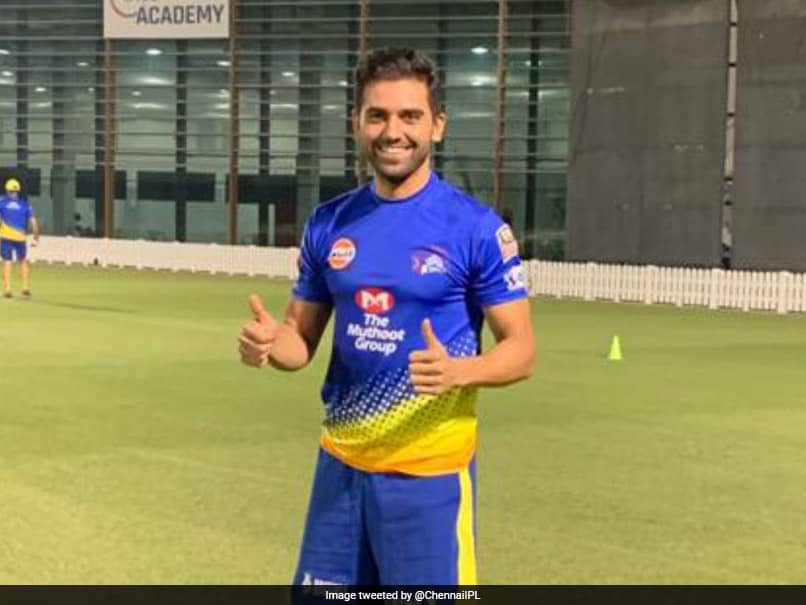 CSK shared a picture of Deepak Chahar as he returned to training.© Twitter

Deepak Chahar, one of the two Chennai Super Kings players who had tested positive for coronavirus, has cleared two further COVID-19 tests and is back in the fold for the three-time Indian Premier League (IPL) champions, team CEO Kasi Viswanathan said on Wednesday. "Except for the Indian batsman, who is in quarantine, all others have come out. The Indian fast bowler has tested negative twice and is back," he told ESPNcricinfo. The team also put out a picture of the India seamer in training, with a cheeky caption: "Deeback Chahar!"

As for the other player who had tested positive - rumoured to be India A batsman Ruturaj Gaikwad - Viswanathan said he was still in quarantine but was "fine with no symptoms".

The Super Kings faced a snag in their preparations for the 2020 season of the IPL when 13 members of their camp tested COVID-19 positive after their initial quarantine period in the United Arab Emirates.

However, the squad, barring the two players who had tested positive, all returned two negative tests and returned to training on September 4.

Chahar and Gaikwad both had to quarantine for 14 days and then return two negative tests before they could join up with the rest of the squad.

CSK also faced another setback in the form of senior players Suresh Raina and Harbhajan Singh returning to India, with both citing personal reasons for their exit from the tournament.

However, Raina has hinted that he may yet make a comeback for the team this season.

Chennai Super Kings will take on defending champions Mumbai Indians in the opening match of the tournament in Dubai on September 19.

Chennai Super Kings IPL 2020 Deepak Chahar Ruturaj Gaikwad Cricket
Get the latest updates on IPL 2021, IPL Points Table , IPL Schedule 2021 , live score . Like us on Facebook or follow us on Twitter for more sports updates. You can also download the NDTV Cricket app for Android or iOS.