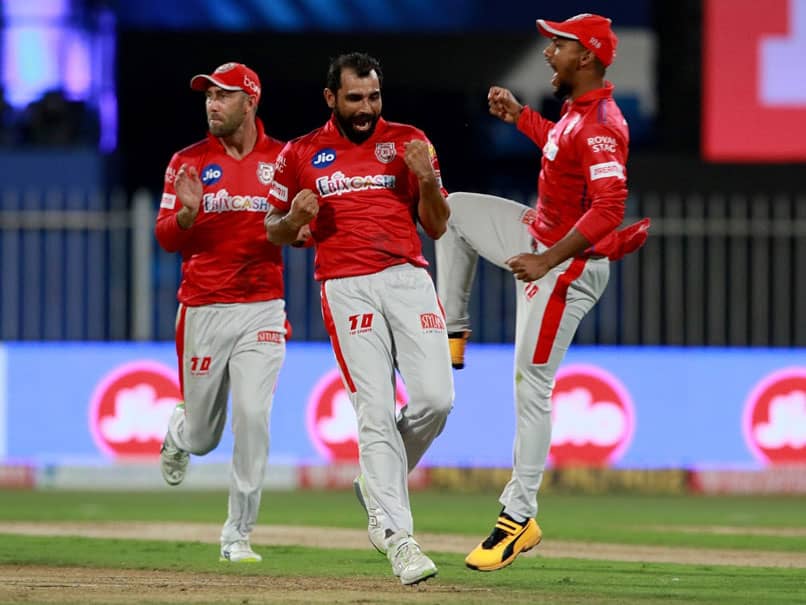 Fine half-centuries from Mandeep Singh and Chris Gayle powered Kings XI Punjab to an 8-wicket win over Kolkata Knight Riders and the top four in the Indian Premier League (IPL) 2020 points table. After Mohammed Shami's fiery opening spell and a late batting collapse saw KXIP restrict KKR to 149 in their 20 overs, Mandeep Singh dropped anchor while Chris Gayle provided the heavy-hitting as they chased down the target with more than an over to go. KXIP and KKR are now both on 12 points from as many games, but the KL Rahul-led team have a better Net Run Rate.

Rajasthan Royals and SunRisers Hyderabad are also still in the race for the playoff spot. The Royals are on 10 points from 12 games, while SRH have 8 points from 11 matches.

Chennai Super Kings are officially out of contention for a spot in the playoffs after the Royals' win over Mumbai Indians on Sunday.

KL Rahul scored 28 off 25 to take his run tally for the season to 595. He is comfortably ahead in the race for the Orange Cap, with Shikhar Dhawan -- the next batsman on the list -- having scored 471 runs.

Mayank Agarwal, who missed the match against KKR, has fallen a few spots with Virat Kohli and Faf du Plessis climbing above him to 3rd and 4th in the list.

Mohammed Shami took a three-wicket haul to take his tally to 20 in the season as he tries to catch up with Purple Cap holder Kagiso Rabada, who has sent batsmen to the pavilion 23 times this season.

Mohammed Shami IPL 2020 Kolkata Knight Riders vs Kings XI Punjab, Match 46 Cricket
Get the latest updates on IPL 2021, IPL Points Table , IPL Schedule 2021 , live score . Like us on Facebook or follow us on Twitter for more sports updates. You can also download the NDTV Cricket app for Android or iOS.