Hardik Pandya was seen sweating it out in the gym, with an intense workout ahead of the 13th edition of the Indian Premier League (IPL). 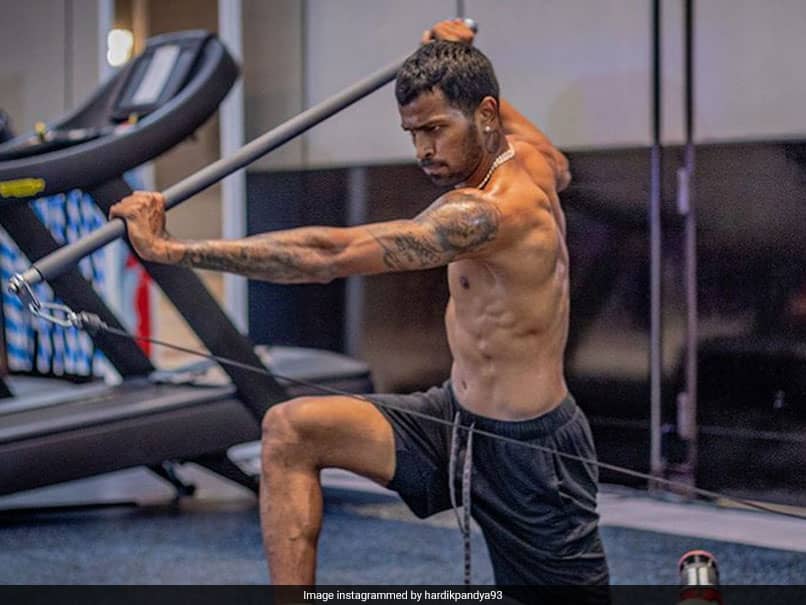 IPL 2020: Hardik Pandya can be seen training with an intense and focused look on his face.© Instagram

Mumbai Indians (MI) all-rounder Hardik Pandya was seen sweating it out in the gym with an intense workout, in images shared by the cricketer on his official Instagram handle. Hardik can be seen training with an intense and focused look on his face. "At it," the caption on the Instagram post read. The 26-year-old's post has received appreciation from fans, with Bollywood actor Varun Dhawan liking the post. Hardik's love for fitness is further shared by brother Krunal, who earlier posted a workout video where he can be seen lifting weights and practicing freestyle exercises in his hotel room during the mandatory quarantine.

Both brothers will be representing defending champions MI in the upcoming edition of the Indian Premier League (IPL). Franchise coach Mahela Jayawardene hailed the performances of the two players over the last three to four years, in a virtual media conference.

"Hardik is coming back from an injury. So we will have to be mindful of that but he is looking very good in the nets. Both the players (Pandya brothers) have been fantastic for MI over the last three or four years. It brings a lot of energy to the group," said Jayawardene as quoted by PTI.

IPL 2020 will start from September 19, with the defending champions taking on Chennai Super Kings (CSK) in the opener. The former will be missing out on the services of veteran pacer Lasith Malinga, who has opted out of the upcoming edition due to personal reasons. Australian fast-bowler James Pattinson has been signed as his replacement.

Hardik Pandya Krunal Pandya Cricket
Get the latest updates on IPL 2020, check out the IPL Schedule for 2020 and Indian Premier League (IPL) Cricket live score . Like us on Facebook or follow us on Twitter for more sports updates. You can also download the NDTV Cricket app for Android or iOS.