Two 39-year-olds at Chennai Super Kings, Shane Watson and MS Dhoni, geared up for IPL 2020 by whacking a few during a nets session. 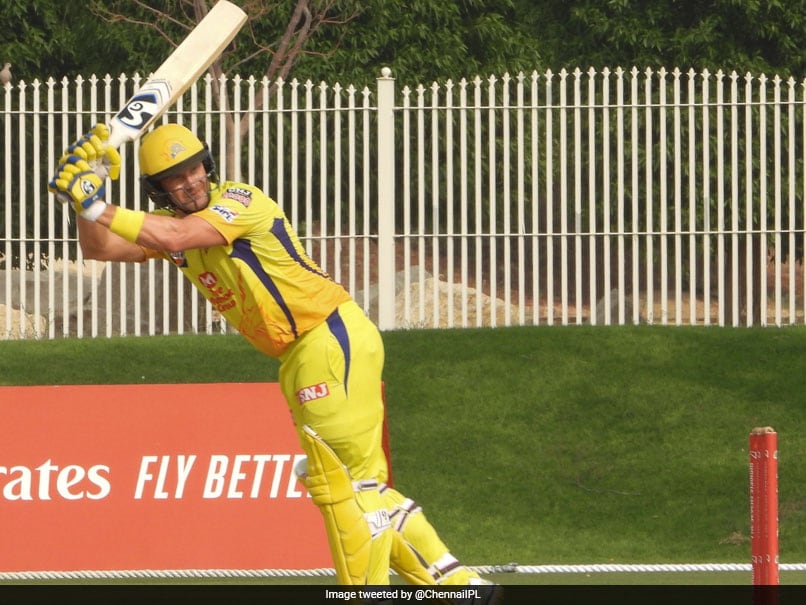 Chennai Super Kings (CSK) have many players who are well into their 30s. Captain MS Dhoni, Shane Watson, Faf du Plessis, Ambati Rayudu, Imran Tahir, Dwayne Bravo etc. are all into their mid-to-late 30s and some of them no longer play international cricket. However, with age becoming a miniscule factor in T20 cricket, where batsmen rely on power hitting, CSK defied the age barrier and won the Indian Premier League (IPL) title in 2018. Watson has been a star campaigner for CSK for the past two seasons and the now-retired Australian all-rounder took to social media to share a video of himself and fellow 39-year-old cricketer Dhoni, who recently retired from international cricket, smacking the leather off the ball in the nets ahead of IPL 2020.

At the ripe old age of 39 .... just two old guys doing what we love @ChennaiIPL pic.twitter.com/GM8AQlDgS6

“At the ripe old age of 39 .... just two old guys doing what we love” is how Watson captioned the video.

The returns were diminished in the following season as he finished with 398 runs in 17 matches and a much-lower strike rate of 127.56.

However, Watson's experience of having played in the Pakistan Super League (PSL) in the UAE could be useful to CSK as many of their players have little experience of playing in the UAE.

Dhoni, who retired from international cricket on August 15 this year, has now only one go-to place in professional cricket.

MS Dhoni IPL 2020 Cricket
Get the latest updates on SA vs IND 2021-22, check out the Schedule and Live Score . Like us on Facebook or follow us on Twitter for more sports updates. You can also download the NDTV Cricket app for Android or iOS.