Foreign players in the IPL have been putting in commanding performances over the years and IPL 2020 can expect some more of the same. 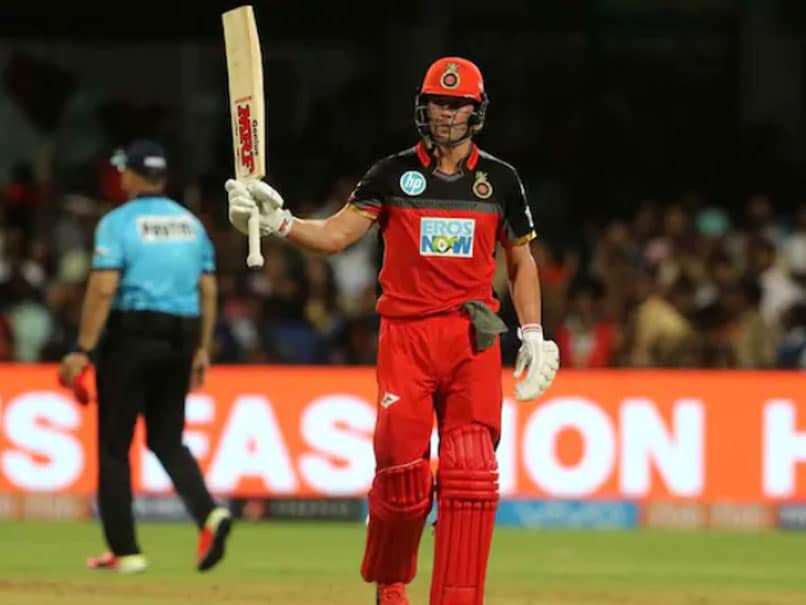 AB de Villiers is the third most successful overseas batsmen in IPL history with 4395 runs.© BCCI

The Indian Premier League (IPL) 2020 is only a few days away and most of the players are training hard in the United Arab Emirates (UAE) in the build-up to the tournament. Since its inception in 2008, IPL, apart from providing opportunities to young home-grown talent, has also featured some of the most exciting foreign stars like Muttiah Muralitharan, Adam Gilchrist, Brendon McCullum, Matthew Hayden and Jacques Kallis to name a few. This trend of attracting some of the biggest overseas stars continues to date, and it has resulted in the increased popularity of the IPL to all parts of the world. While players like David Warner, Andre Russell, Chris Gayleand AB de Villiers add to the fire power, bowlers like Sunil Narine, Jofra Archer and Kagiso Rabada are there to ensure that scoring runs is not a cakewalk for the mighty hitters.

While IPL 2020 will witness many different things happening for the first time in the history of the tournament, one thing that's not going to change is the impact of the overseas players.

Here are a few of the biggest foreign stars who are ready to own IPL 2020:

AB de Villiers' ability to play outrageous shots is what makes him one of most exciting players to watch when he is on song. With 154 appearances, spread across 11 seasons, De Villiers is the third most successful overseas batsmen in IPL history with 4395 runs, scored at an incredible strike rate of 151.23. His ability to punish even the good deliveries with his innovative stroke play is what sets him apart. His current boundary count stands at 357 fours and 212 sixes and the RCB fans would be hoping they get to see plenty of those when he turns up for them in this year's IPL.

The self-proclaimed 'Universe Boss', Chris Gayleis one of the most destructive batsmen in the shortest format of the game. Not only has he been explosive, hitting 326 sixes and 369 fours, but also has been a consistent performer over the years. Once set, Gayle is known for scoring big hundreds and he already has six IPL centuries to his name -- the most by any batsmen. Gayle has been part of every single season since 2009 and is the second-most successful overseas batsmen in IPL history with 4484 runs in just 125 matches. Gayle's highest individual score of 175 not out in the shortest format also came during an IPL match in 2013.

Andre Russellcame to the fore in last few years and has gone on to establish himself as one of the most explosive batsmen in the T20 cricket. Russell finished IPL 2019 as one of the leading run-scorers with 510 runs scored at a mind-blowing strike rate of 204.81. Apart from hitting towering sixes, the West Indies all-rounder is also capable of bowling accurate bouncers and toe-crushing yorkers. If he stays fit and sound, KKR would be a force to reckon with come the IPL.

The SunRisers Hyderabadskipper leads by example and has been scoring the bulk of runs for his side for several years now. Apart from his batting prowess, the Australian opener has also been an exemplary leader. He is the most successful overseas batsmen in the IPL history with 4706 runs in 126 appearances. The left-handed batsman is only the third foreign captain, after Shane Warne and Adam Gilchrist to lift the IPL trophy. Making a comeback from his one-year ball tampering ban, Warner scored 692 runs to win the orange cap last season. SRH camp would be hoping he continues to fire in with the bat and lead them to their second IPL title.

Sunil Narine created unrest among batsmen's mind with his mystery bowling during first few seasons but when that weapon faded after a change in bowling action, he pulled out another arsenal up his sleeves and developed his game as an explosive opener, who could utilise the fielding restrictions in the powerplay and give his side a flying start. As far as bowling is concerned, Narine continues to be as effective as before and is the most successful overseas spinner in the IPL history with 122 wickets. His economy rate of 6.67 is the best among bowlers who have played 100 or more IPL matches. His batting flair reflects in his mind-blowing strike rate of 168.34 and he has scored 200 or more runs in a single season twice in his IPL career, further proving his utility with the bat.

Sunil Narine IPL 2020 Cricket
Get the latest updates on SA vs IND 2021-22, check out the Schedule and Live Score . Like us on Facebook or follow us on Twitter for more sports updates. You can also download the NDTV Cricket app for Android or iOS.