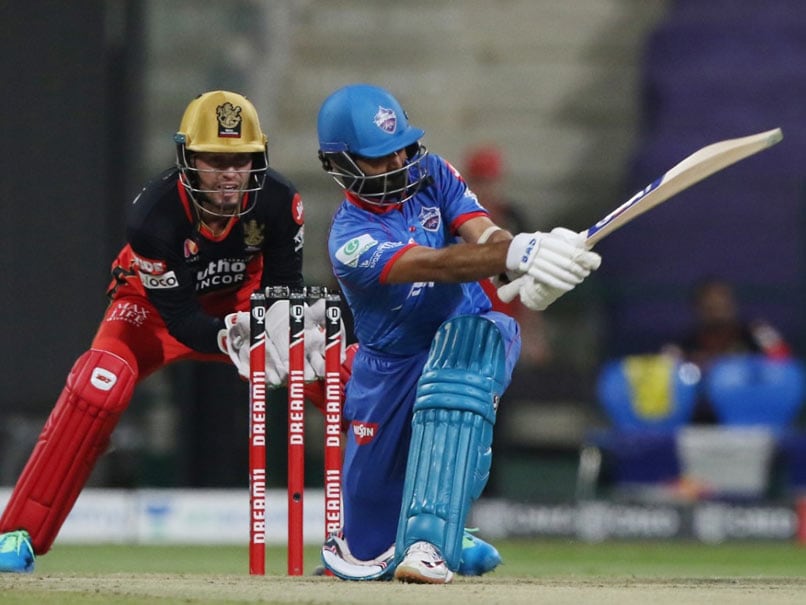 Delhi Capitals beat Royal Challengers Bangalore by six wickets to ensure a top-two finish for themselves and set up a clash against Mumbai Indians in Qualifier 1 on November 5. RCB will finish third or fourth depending the result of the match between SunRisers Hyderabad and Mumbai Indians on Tuesday. Both teams have, however, qualified for the playoffs. DC lost Prithvi Shaw early in their chase of 153, but Shikhar Dhawan and Ajinkya Rahane got the chase back on track. Dhawan hit his 40th IPL fifty to keep Delhi cruising. Shahbaz Ahmed dismissed Dhawan for 54 but Rahane got his fifty as well to keep Delhi in control. He fell in the 18th over for 60 to give RCB some hope, but Marcus Stoinis and Rishabh Pant finished off the chase with an over to spare. Earlier, DC restricted RCB to 152 for 7 after winning the toss and putting RCB in to bat. Devdutt Padikkal top scored for RCB with 50 off 41 balls, Anrich Nortje took 3/33 for DC. (SCORECARD)