IPL 2020, Kolkata Knight Riders vs SunRisers Hyderabad: Players To Watch Out For

IPL 2020, KKR vs SRH: With both teams losing their opening matches, big-name players will be itching to make their mark this season and right the wrongs from the previous match. 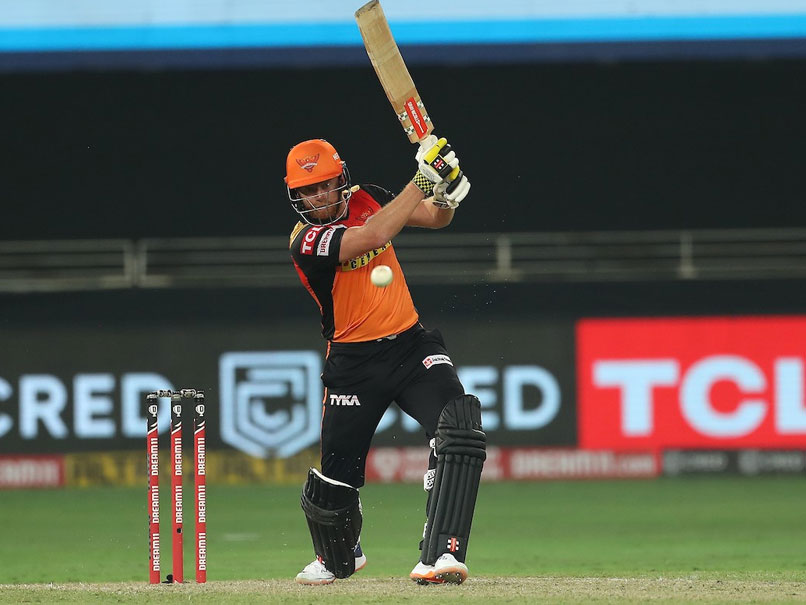 IPL 2020: Jonny Bairstow hit a fifty in SRH's opening match and will be looking for a repeat performance.© BCCI/IPL

Kolkata Knight Riders (KKR) and SunRisers Hyderabad (SRH) will be in action on Saturday in Indian Premier League (IPL) 2020 on Saturday. The match will be played at the Sheikh Zayed Stadium in Abu Dhabi. Both teams lost their opening matches and will be looking to get on the board. While Kolkata Knight Riders were crushed by defending champions Mumbai Indians in their previous game, SunRisers Hyderabad lost by just 10 runs to Royal Challengers Bangalore. Big name players will be itching to make their mark this season and right the wrongs from the previous match.

Shubman Gill: Before the start of the tournament, Shubman Gill was singled out as the one to watch out in the KKR team. However, the youngster failed to deliver in the team's opener against Mumbai Indians. He was sent packing by Trent Boult after scoring just 7 off 11 balls.

The stylish right-hander has time and again showed his class in the domestic circuit but it is time for him to shine on one on biggest stage in cricket. Gill will have the opportunity to make it count against SRH, who barring Rashid Khan lack the x-factor in the bowling department.

Andre Russell: The West Indian big-hitter made the IPL his own last season, single-handedly blowing away teams with his power hitting. However, he has not made the best of starts this year. Russell looked out of sorts with the bat, scoring 11 runs off 11 balls before falling to Jasprit Bumrah.

He did pick up a wicket in the two overs he bowled, but KKR need Russell's fireworks in the middle and end overs. The team will be hoping the West Indian star will be at his best against SRH but he might have to contend with Rashid Khan, and that is easier said than done.

Pat Cummins: The most expensive foreign player in the IPL had an absolute nightmare outing with the ball against Mumbai Indians. For the money they have spent, KKR must have been hoping for instant returns but that wasn't the case with Cummins being smashed for 49 runs off his 3 overs at an economy rate 16.33.

The Australian will be looking to bounce back, but he will be up against another star-studded batting lineup, which includes compatriot David Warner. Cummins did smash 33 off 12 balls with the bat, but that is just a bonus and KKR need him to get the job done with the ball.

David Warner: The SunRisers Hyderabad missed out against Royal Challengers Bangalore, run-out in the most unfortunate fashion. While Jonny Bairstow and Manish Pandey looked good with the bat, the rest failed miserably in the defeat to RCB.

SRH look top-heavy with Kane Williamson sitting out of their opening match. With a novice middle-order, the team really counts heavily on Warner to get them good starts and the Australian will be looking to do just that against KKR.

Jonny Bairstow: One of the most underrated players in T20 cricket, the Englishman once again came to the party in the IPL, blasting 61 runs off just 43 balls. But found little support from his teammates and following his dismissal, SRH batsmen fell like ninepins.

Bairstow looked good against the pacers but found the going difficult against Yuzvendra Chahal. KKR have Kuldeep Yadav and Sunil Narine and both will be looking to what Chahal did to Bairstow. However, Bairstow could have a field day against the likes of Sandeep Warrier and Shivam Mavi.

Rashid Khan: The Afghan sensation wasn't at his best against RCB with Aaron Finch and AB de Villiers propering against him. Rashid Khan, though, will not be too worried. He has been exceptional in recent times and will be looking to make a statement against KKR.

The bigger boundaries at Sheikh Zayed Stadium could also work in his favour. If the SRH top-order fails to deliver, Rashid will be licking his lips at the thought of bowling to the likes of Vijay Shankar and Abhishek Sharma.

Pat Cummins IPL 2020 Kolkata Knight Riders vs Sunrisers Hyderabad, Match 8 Cricket
Get the latest updates on India vs South Africa and check out  Schedule, Results and Live Score. Like us on Facebook or follow us on Twitter for more sports updates. You can also download the NDTV Cricket app for Android or iOS.