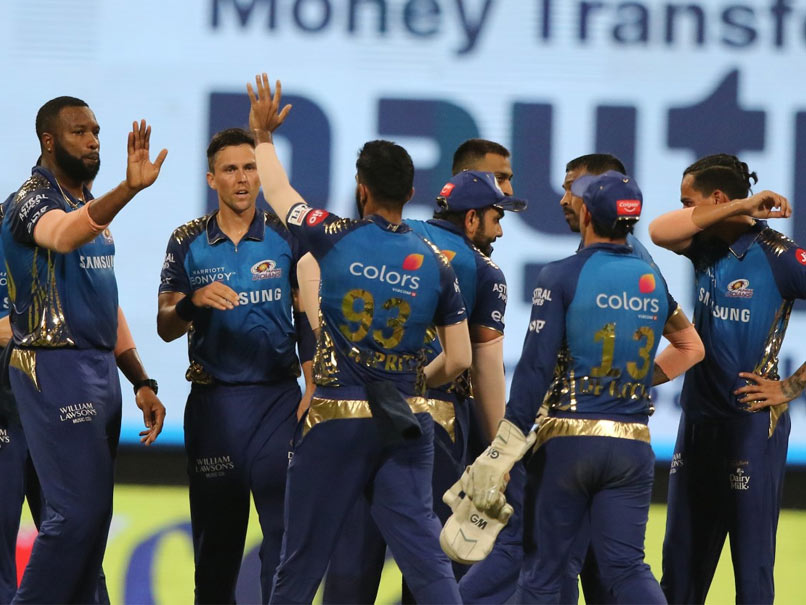 Mumbai Indians (MI) bounced back from a defeat in their Indian Premier League (IPL) 2020 opener by defeating Kolkata Knight Riders (KKR) by 49 runs in Abu Dhabi. Decked with power hitters including Andre Russell and Eoin Morgan in the middle order, KKR sold themselves short of their reputation as they were restricted to 146/9 chasing 196. The difference between the two sides were the MI bowlers, who smarted from watching their KKR counterparts – particularly Pat Cummins who went for 49 in three overs – in the first innings. KKR bowled too many short balls to Rohit Sharma and Hardik Pandya as the batsmen swatted them away for boundaries.

MI did well to strangle KKR opener Sunil Narine (9) by bowling short at him consistently. A top edge off James Pattinson fell in no-man's land but the Australian soon had his man as another short ball saw Narine top-edging it behind to the ‘keeper.

Shubman Gill (7) flicked one to Pollard off Trent Boult in the third over of the chase and while Nitish Rana (24) and Dinesh Karthik (30) added 46 in 5.2 overs for the third wicket, they could not accelerate at any stage before Rahul Chahar trapped Karthik lbw.

Rana couldn't stay on for long either as he heaved one over cover but holed out to Hardik in the deep, who took an excellent running catch drawing praise from coach Mahela Jayawardena from the dugout.

Eoin Morgan arrived and although he struggled to read Chahar initially, he showed signs of aggression by cutting a slower one from Pollard for four.

The partnership between Morgan and Russell was key to KKR's chances of chasing this total but Jasprit Bumrah killed the contest in one over when he bowled Russell (11 off 11) with a slower one and got Morgan (16 off 20) caught behind in the 16th.

Earlier, Rohit took full advantage of Karthik's invitation to bat and tore into the KKR bowlers. Pat Cummins and Andre Russell went short at pace but Rohit was up to the task as he played fierce pull shots both behind and in front of square for sixes.

Narine was used for an over in the Powerplay but Suryakumar Yadav took a liking to the spinner by pulling him over mid-wicket for maximums and then laying into Kuldeep Yadav by using his feet and getting to the pitch of the ball.

However, two quiet overs by the spinners brought about the run out of Suryakumar.

Rohit reached 50 in the 12th over and looked to up the ante thereafter by hitting Kuldeep for two sixes in the 14th.

Cummins had a day to forget as Saurabh Tiwary (21), who had until that point struggled to get the big shots going, took the Australian pacer for a six and a boundary in the 15th over to get things going for himself.

Things changed in the last five overs, though, as KKR pulled the game back by dismissing Tiwary first and then a well-set Rohit and a rampaging Hardik, who had his share of Cummins-bashing by pulling the pacer for two fours and a six.

In the end, Mumbai finished on 195/5 even though at one stage it looked like they would sail past 200 but it was more than enough for KKR, who simply had a bad day in the field and looked rusty.

Cummins had some fun of his own with the bat when he smashed Jasprit Bumrah for four sixes in the 18th over but the asking rate had climbed to 28 an over by then.

He made 33 off 12 thereby offsetting the 49 he gave way with the ball but it was little more than consolation for the all-rounder.

Pat Cummins Kolkata Knight Riders vs Mumbai Indians, Match 5 IPL 2020 Cricket
Get the latest updates on IPL Auction 2023 and check out  IPL 2023 and Live Cricket Score. Like us on Facebook or follow us on Twitter for more sports updates. You can also download the NDTV Cricket app for Android or iOS.