IPL 2020 Fantasy Team, DC vs SRH: The Qualifier 2 of IPL 2020 will witness the presence of players who are capable of changing the game single-handedly on their day. 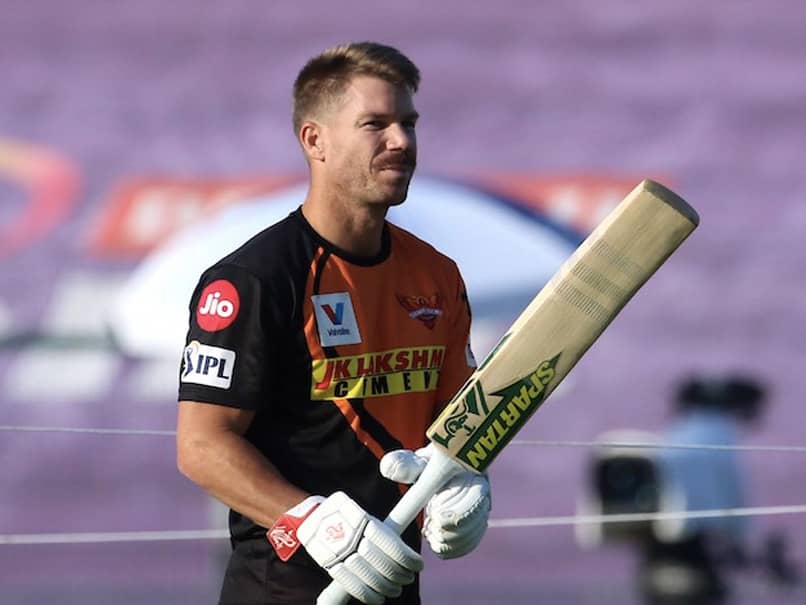 DC vs SRH: David Warner will look to lead from the front and fire his team into IPL 2020 final.© BCCI/IPL

Delhi Capitals (DC) will take on SunRisers Hyderabad (SRH) in Qualifier 2 of the Indian Premier League (IPL) 2020 at the Sheikh Zayed Stadium in Abu Dhabi on Sunday. DC finished second on the points table following a win against Royal Challengers Bangalore (RCB) in their final league match. However, they failed to take advantage of an opportunity to qualify for the final directly in Qualifier 1, recording a loss by a margin of 57 runs against defending champions Mumbai Indians (MI). SRH on the other hand, have momentum on their side having registered their fourth consecutive win on Friday. The Hyderabad-based franchise defeated Royal Challengers Bangalore (RCB) by six wickets in a do-or-die contest, which will hold them in good stead ahead of another must-win clash.

David Warner (Credits - 10.5): The SRH skipper is currently in second spot in the race for the orange cap. Warner has bounced back following a slow start to IPL 2020, getting back to form when it mattered most. The Australian opener has smashed 546 runs in 15 matches at a strike rate of 135.14 and an average of 42. Warner's ability to change the game as well as excellent fielding, makes him a worthy addition to your fantasy team.

Shikhar Dhawan (Credits - 10): The DC opener has been the highest run-getter for his franchise this season. Dhawan has scored 525 runs in 15 games at a strike rate of 144.23 and an average of 43.75. The 34-year-old has been out of touch in recent times but it is certainly advisable to include the opener, considering his ability to score big on his day.

Marcus Stoinis (Credits - 9): The Australian all-rounder has been exceptional in IPL 2020, with his big-hitting and ability to ensure an economical spell on most instances. Stoinis has made his presence felt with quickfire knocks in many games for DC, recently delivering a standout performance in Qualifier 1. The all-rounder smashed 65 runs off 46 balls with six boundaries and three sixes, despite the majority of batsmen failing to make much of an impact.

Rashid Khan (Credits - 9.5): The spinner's ability to bamboozle the batsmen with his variations and guile, has helped SRH emerge victorious in several games. Rashid can account for important dismissals, impressing many with his fielding during the Eliminator against RCB. The all-rounder can further pitch in with the bat if the occasion demands.

Kagiso Rabada (Credits - 9.5): The DC fast-bowler is in second spot in the race for the purple cap, having accounted for 25 wickets. Rabada can dismiss the best of batsmen with his unplayable yorkers, and is also capable of swinging the bat around if needed. The South African will be a fine addition to your fantasy team.

Kagiso Rabada IPL 2020 Delhi Capitals vs Sunrisers Hyderabad, Qualifier 2 Cricket
Get the latest updates on India vs Australia Series, check out the India vs Australia Schedule for 2020-21 and Ind vs Aus live score . Like us on Facebook or follow us on Twitter for more sports updates. You can also download the NDTV Cricket app for Android or iOS.