MI vs DC, IPL 2020: Just like their current form, there is not much to separate the two sides, with Mumbai Indians and Delhi Capitals winning 12 games each. 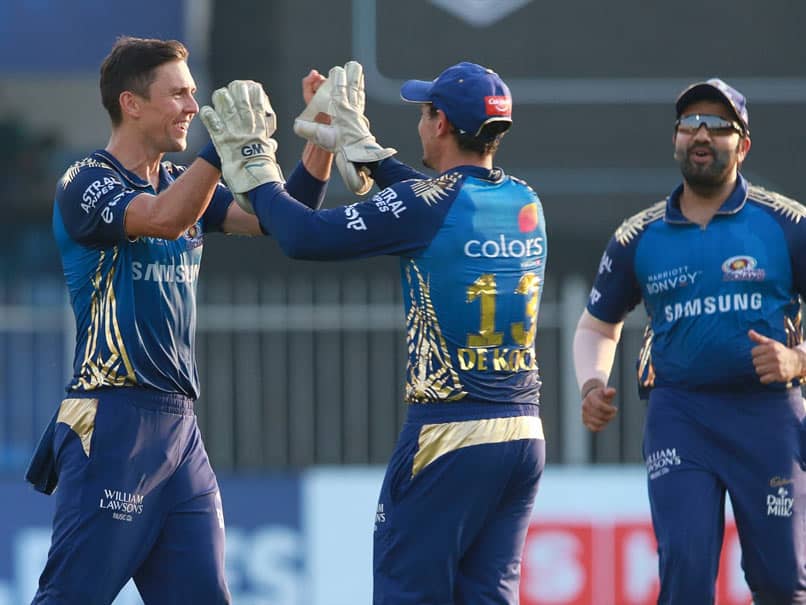 IPL 2020, MI vs DC: Defending champions Mumbai Indians have had a terrific start to their season.© BCCI/IPL

Defending champions Mumbai Indians (MI) have had a terrific start to their season, winning four out of first six matches. Rohit Sharma's side will face a stiff challenge as they take on table toppers Delhi Capitals in Abu Dhabi on Sunday. A win in this match for either of these two sides, will do a ton of good to their confidence going ahead in the tournament. The contest will also see Rohit Sharma, one of the best skippers in IPL history, take on Shreyas Iyer -- the youngest skipper in IPL 2020. After a slow start, Mumbai Indians have hit top form, winning their last three games quite convincingly. Delhi Capitals have looked one of the most settled teams this season and like Mumbai Indians, they are also high on confidence after a hat-trick of wins.

The Mumbai Indians vs Delhi Capitals contest has never disappointed the fans, with both teams giving each other a good run for their money. Just like their current form, there is not much to separate these two sides. Out of 24 meetings, both Delhi and Mumbai have registered 12 wins each.

Both teams have a well-settled batting line-up a firing fast-bowling attack which has been the key behind their success. Both would hope to produce another complete performance and consolidate their position on top of the points table.