IPL 2020: Delhi Capitals are the table-toppers of the IPL points table approaching the half-way mark of the season, while Mumbai Indians are hot on their heels. 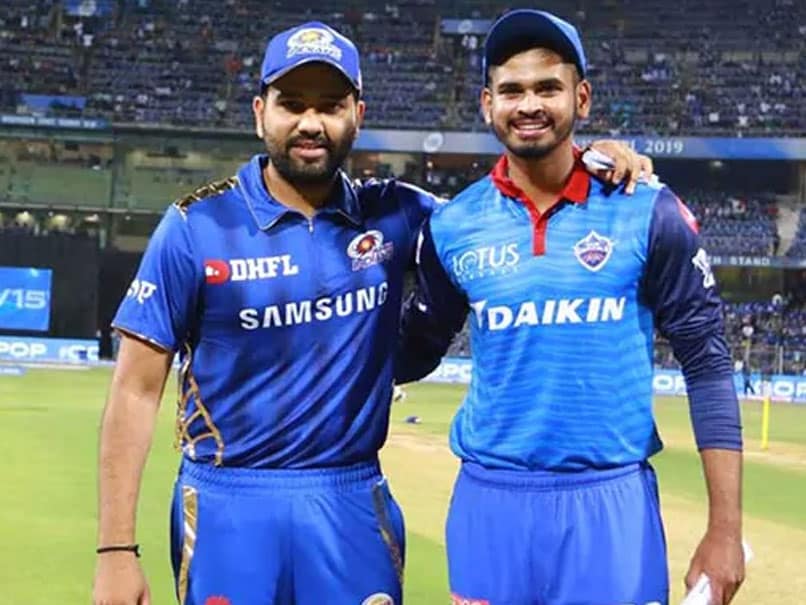 IPL 2020: Shreyas Iyer and Rohit Sharma will face off when their teams meet on Sunday.© BCCI/IPL

The second match of Sunday's double-header will see the leaders of the Indian Premier League (IPL) 2020 table face off at the Sheikh Zayed Stadium in Abu Dhabi, in what is expected to be a tight contest. Delhi Capitals have won five of their six matches so far, and are on top of the IPL 2020 points table with 10 points. Mumbai Indians themselves have been in top form, winning their last three matches, and they also boast the best net run-rate in the league.

Both teams boast of brilliant bowling attacks. Delhi's Kagiso Rabada has 15 wickets already, and has the Purple Cap. Mumbai Indians' pace trio of Jasprit Bumrah, Trent Boult and James Pattinson are in hot pursuit of the South African pacer, with 11, 10 and 9 scalps this year, respectively.

Rabada's fellow pacer Anrich Nortje, who came into the team as a replacement for Chris Woakes, has also been very impressive, with eight wickets in the tournament so far.

With the bat, it has been a team effort for Mumbai Indians. While Rohit Sharma is their leading run-scorer with 211 in the tournament so far, he has had ample support from the rest of the top order in Quinton de Kock, Suryakumar Yadav and Ishan Kishan, while the likes of Kieron Pollard, Hardik Pandya and Krunal Pandya providing them with the firepower at the death.

Delhi Capitals have also had several players contributing with the willow. While Prithvi Shaw has often given them the quick starts they need, the likes of captain Shreyas Iyer and Rishabh Pant have played some crucial knocks.

Marcus Stoinis has also been sensational for them, with some quick-fire half-centuries and some important contributions with the ball.

Both teams look strong on paper, and are in good form, and will look to consolidate their chances of qualifying for the play-offs, as they reach the half-way mark of the league stages.

Rishabh Pant Cricket
Get the latest updates on T20 World Cup, check out the T20 World Cup Schedule and Live Score . Like us on Facebook or follow us on Twitter for more sports updates. You can also download the NDTV Cricket app for Android or iOS.