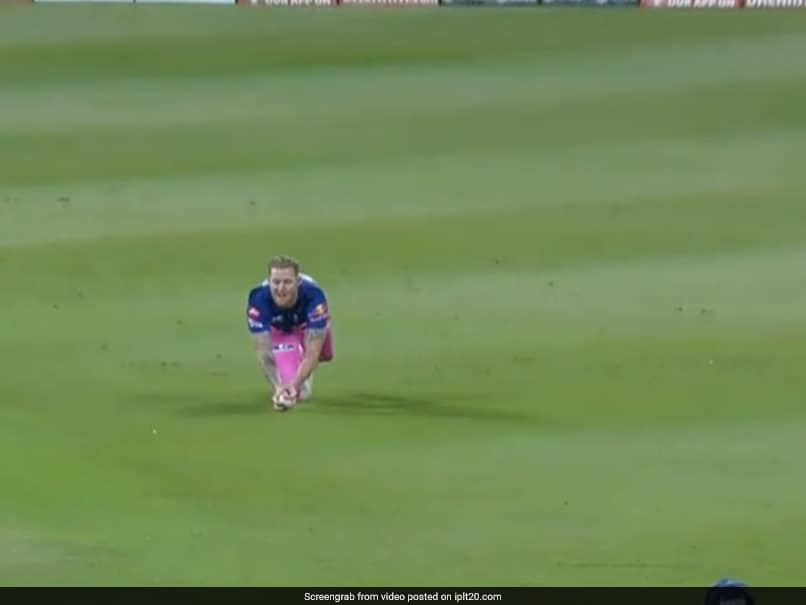 Rajasthan Royals' all-rounder Ben Stokes took a screamer off Jofra Archer's peach of a delivery to send Kings XI Punjab opener Mandeep Singhpacking for a golden duck. Archer bowled a terrific bouncer which caught Mandeep by surprise and he lost his shape, only managing a top edge. While Mandeep was completely clueless about the delivery and where it went after taking the edge, an attentive Ben Stokescharged in from backward point and dived at full length to grab a screamer with both hands, with ball just inches above the ground.

Indian Premier League's (IPL) official Twitter handle shared the video with the caption: "WATCH - Jofra's snorter, Stokes' scorcher. What a combination to get the first wicket. Beauty of a ball from @JofraArcher and a superb catch from @benstokes38".

What a combination to get the first wicket. Beauty of a ball from @JofraArcher and a superb catch from @benstokes38.https://t.co/dQpbDVErjL #Dream11IPL #KXIPvRR

A brute of ball gets Mandeep Singh. And what a catch from Ben Stokes.#KXIPvRR #KXIPvsRR #KXIP #RR #IPL pic.twitter.com/iay7JuzBj8

After Mandeep's departure, KXIP skipper KL Rahul and 'Universe Boss' Chris Gayle combined in the middle and played some attractive shots. The duo added 52 runs in the five overs as KXIP finished Powerplay at 53/1, with the help of three sixes and five fours. KL Rahul also completed 600 runs this year in the process, consolidating his position on top of the leading run-scorers' list.

Ben Stokes came into this game on the back of a match-winning century against defending champions Mumbai Indians, that helped his side chase down a huge total of 196 runs and keep their playoff hopes alive. With the century, Stokes repaid the faith showed in him by the team management after a series of poor performances.

Chris Gayle
Get the latest updates on ICC T20 Worldcup 2022, check out the Schedule and Live Score. Like us on Facebook or follow us on Twitter for more sports updates. You can also download the NDTV Cricket app for Android or iOS.