IPL 2020, KXIP vs MI: Both Kings XI Punjab and Mumbai Indians will be relying on their batsmen for a win, when they face each other at the Sheikh Zayed Stadium, on October 1. 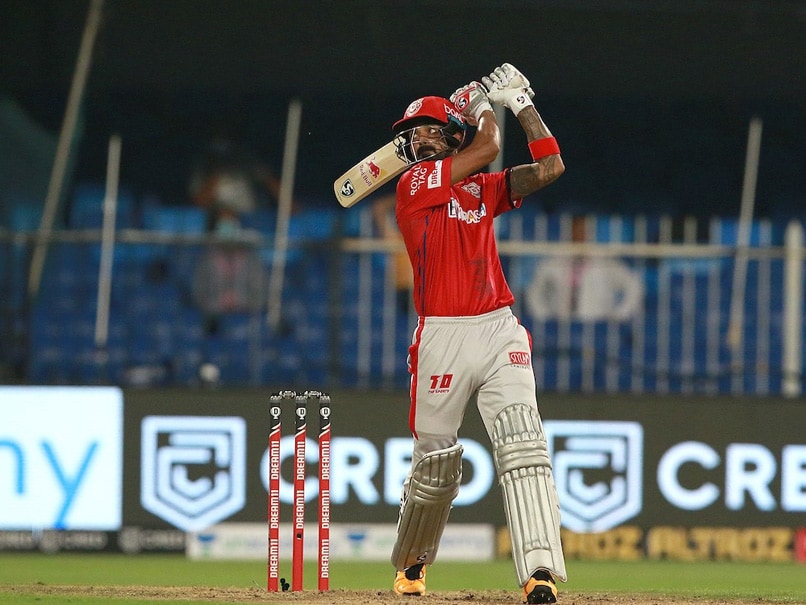 IPL 2020, KXIP vs MI: KL Rahul is currently on top of list of most runs scored this season© BCCI/IPL

Kings XI Punjab (KXIP) are set to face Mumbai Indians (MI) in the 13th match of the ongoing Indian Premier League (IPL) 2020, at the Sheikh Zayed Stadium, Abu Dhabi. Both sides will be aiming for a win, with KL Rahul's team placed fifth in the standings, while Rohit Sharma's outfit are at sixth. Defending champions MI have been in patchy form in United Arab Emirates (UAE). They began their campaign with a five-wicket defeat to Chennai Super Kings (CSK), followed by a 49-run win over Kolkata Knight Riders (KKR) and a Super Over defeat to Royal Challengers Bangalore (RCB). Meanwhile, KXIP have been excellent in the batting front, but haven't been able to convert it to wins with ease. They began their season with a Super Over defeat to Delhi Capitals (DC), followed by a 97-run win over RCB and a four-wicket loss to Rajasthan Royals (RR).

KXIP batsman Mayank Agarwal has been in top form in the ongoing IPL 2020. The Indian cricketer is second in the list of most runs scored by a batsman in this season. He has registered 221-runs, behind captain Rahul (222). Mayank has also slammed a ton (106). This season his strike rate has been at 170.00. The 29-year-old has also grabbed a fifty.

His boundary count consists of 21 fours and 11 sixes, which cements his powerful start to this season. He could have a crucial role to play against MI, when against the likes of Jasprit Bumrah.

It will be interesting to see if young cricketer Ishan Kishan builds on his fine knock in MI's previous fixture. He almost led his team to victory, with a strong 99-run knock against RCB, who won in the Super Over. Coming in place of the injured Saurabh Tiwary in that match, Kishan registered a 134.80 strike rate.

He also slammed two fours and nine sixes against MI. He will have a huge task in hand when up against the likes of Ravi Bishnoi.

In terms of head to head, both teams have faced each other 24 times in the IPL. MI have won 13 times, meanwhile KXIP have notched 11 victories.

Indian opener Sharma is only two runs away from reaching a personal milestone of 5000 IPL runs. Currently at 4998-runs, he has played in 191 matches with 109 not out as his top score. Meanwhile, Rahul only needs 26-runs to complete 1500 IPL runs for KXIP.

Jasprit Bumrah
Get the latest updates on ICC T20 Worldcup 2022 and CWG 2022 check out the Schedule, Live Score and Medals Tally. Like us on Facebook or follow us on Twitter for more sports updates. You can also download the NDTV Cricket app for Android or iOS.