Kagiso Rabada on Monday joined his first training session with Delhi Capitals after completing one week of self-isolation. 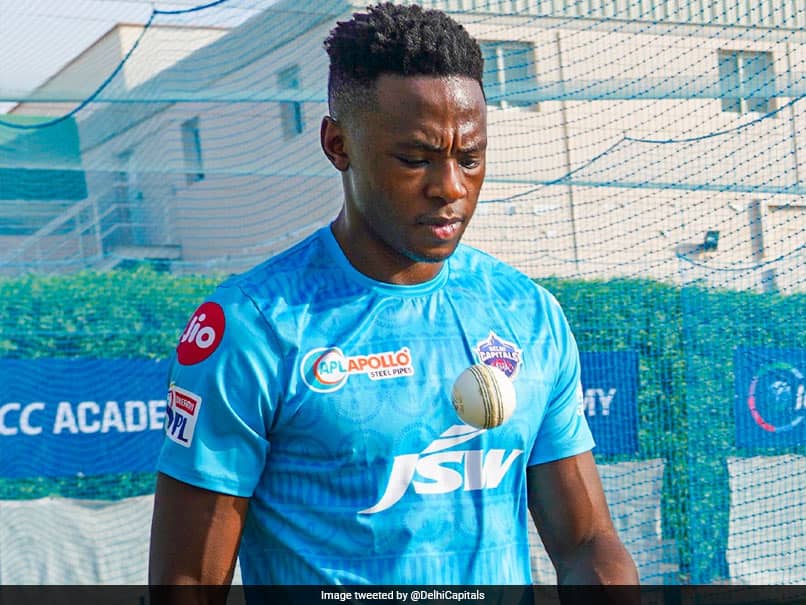 Ahead of the Indian Premier League's (IPL) 13th edition, South African pacer Kagiso Rabada on Monday joined his first training session with Delhi Capitals after completing one week of self-isolation upon his arrival in Dubai. The 25-year-old trained with his teammates for the first time this season at the ICC Academy in Dubai. Mumbai Indians and Chennai Super Kings will be locking horns in the opening match of the IPL 2020 on September 19, the organisers confirmed on Sunday.

The IPL 2020 will be played from September 19 to November 10 in the UAE across three venues – Dubai, Abu Dhabi, and Sharjah.

Dubai will play host to 24 games, 20 matches will be hosted by Abu Dhabi while Sharjah will hold 12 games.

The dates and venues for the playoff stages will be released later. The opening match between the finalists of the 2019 edition will be played in Sheikh Zayed Stadium in Abu Dhabi.

Delhi Capitals will play against Kings XI Punjab in their opening game on Sunday, September 20.

Kagiso Rabada IPL 2020 Cricket
Get the latest updates on India vs Australia Series, check out the India vs Australia Schedule for 2020-21 and Ind vs Aus live score . Like us on Facebook or follow us on Twitter for more sports updates. You can also download the NDTV Cricket app for Android or iOS.