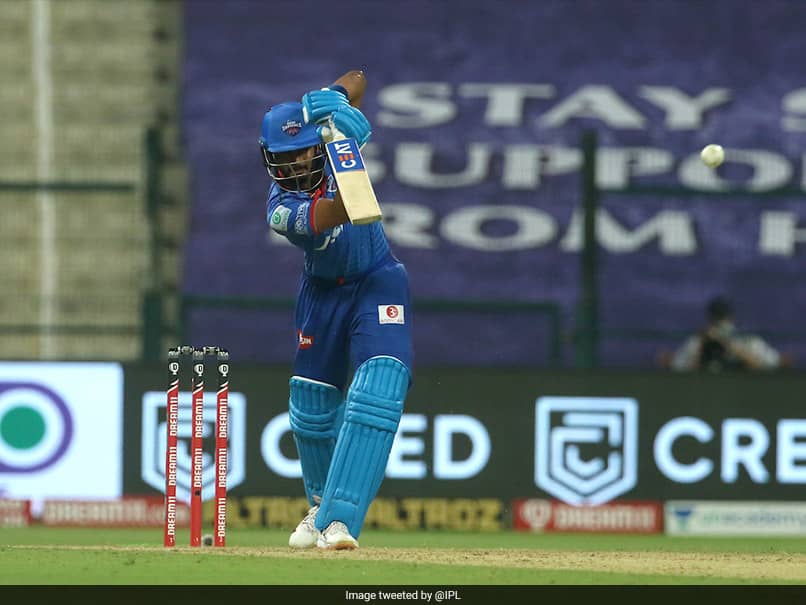 Speaking after the game, Ponting said that Delhi Capitals was outplayed and he also talked about how the side failed to go after Hyderabad's fifth bowler Abhishek Sharma.

"I think it was obvious who we needed to target and that was Abhishek Sharma, but he snuck away from us, Rashid Khan was able to take the wicket of Iyer in the eighth over which meant Abhishek was able to get away with his over next, we really targeted his 3rd and 4th over, we did not get many runs from his 3rd over. We were outplayed, you look back at their skills as compared to us, it is evident we have some work to do," said Ponting at the virtual post-match press conference.

In the match against SRH, Delhi Capitals had won the toss and opted to field first. When asked whether the pitch got slower in the second innings, Ponting said: "The wicket did not seem to get slower, visually it looked a really good wicket, Warner and Bairstow played the conditions really well, they ran the twos really well. I think the wicket got slightly better in the second innings which is disappointing for us. We wanted to chase, we felt there will be dew, but no excuses from us, we were just outplayed."

While chasing 162, Shikhar Dhawan and Shreyas Iyer were not able to get going and they both played innings with a strike-rate less than 100. Talking about the duo's performance, Ponting said: "No, the strike rate of Dhawan, Iyer did not hurt us, if you have one of those batsmen to get a 60, then we probably win the game, we were just defeated by 15 runs, you can break it down in any way you want to like was it the lack of runs in the powerplay, these are the things we will discuss after the game, at Delhi Capitals we do not blame any single individual, we lost the game as a team against Hyderabad.

Batting first, SRH had posted a total of 162/4 in the allotted twenty overs. Jonny Bairstow and David Warner had put on an opening stand of 77 runs. Warner played a knock of 45 runs while Bairstow played an innings of 53 runs.

Kane Williamson also chipped in with a knock of 41 runs to take SRH''s total past the 160-run mark. For Delhi, Kagiso Rabada was the pick of the bowlers as he returned with the figures of 2-21 from his four overs.

"I do not think conditions were that different from Dubai, the dimensions of the ground were slightly different, we know there are slightly bigger squarer boundaries here, we were just outplayed against SRH, they batted well and they rotated the strike well and probably that was the difference in the game. Kagiso Rabada is the ultimate competitor, he loves the game and he enjoys playing against the best players in the world. He works on little things, so far in this tournament, he has been outstanding for us," said Ponting.

SunRisers Hyderabad will next take on Chennai Super Kings on October 2 while Delhi Capitals will face Kolkata Knight Riders on October 3.

Sunrisers Hyderabad Ricky Ponting IPL 2020 Delhi Capitals vs Sunrisers Hyderabad, Match 11 Cricket
Get the latest updates on IPL 2020, check out the IPL Schedule for 2020 and Indian Premier League (IPL) Cricket live score . Like us on Facebook or follow us on Twitter for more sports updates. You can also download the NDTV Cricket app for Android or iOS.