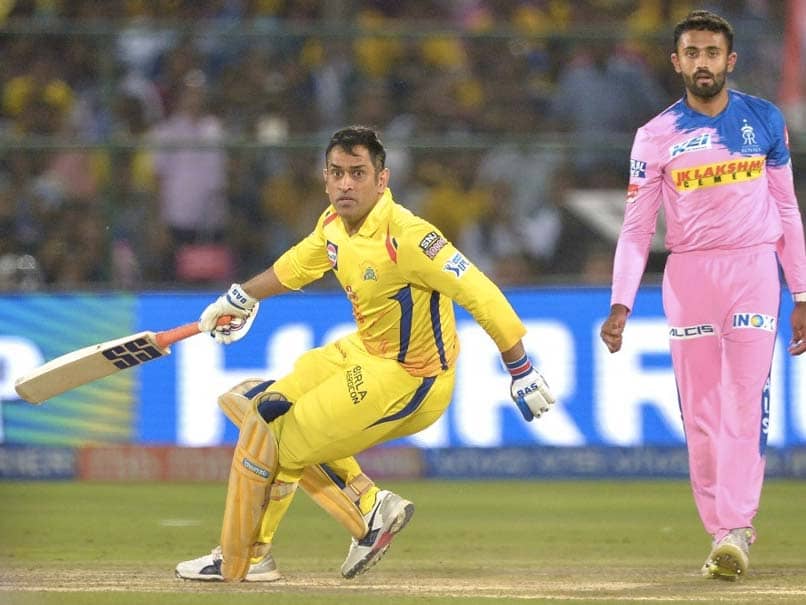 IPL 2020, CSK vs DC: MS Dhoni will be in the limelight following his performance against RR.© AFP

Chennai Super Kings (CSK) will battle it out with Delhi Capitals (DC) in the seventh match of IPL 2020 on Friday. CSK lost their previous clash against Rajasthan Royals (RR) by 16 runs after having started the league campaign with a victory over defending champions Mumbai Indians. Delhi Capitals, on the other hand, are unbeaten after a Super Over triumph against Kings XI Punjab (KXIP) in their opening match. The two sides have played each other 21 times till now, with CSK winning 15 times and DC emerging victorious on six occasions.

CSK won when the two teams met last time, in the playoff clash in IPL 2019, winning by six wickets.

In reply, openers Faf du Plessis and Shane Watson scored half-centuries to help CSK chase down the total in 19 overs.

MS Dhoni Shreyas Iyer Cricket
Get the latest updates on IPL 2020, check out the IPL Schedule for 2020 and Indian Premier League (IPL) Cricket live score . Like us on Facebook or follow us on Twitter for more sports updates. You can also download the NDTV Cricket app for Android or iOS.