IPL 2020, Chennai Super Kings vs Delhi Capitals: MS Dhoni coming in at No. 7 has not gone down well with several former cricketers, who have questioned his efficacy there. 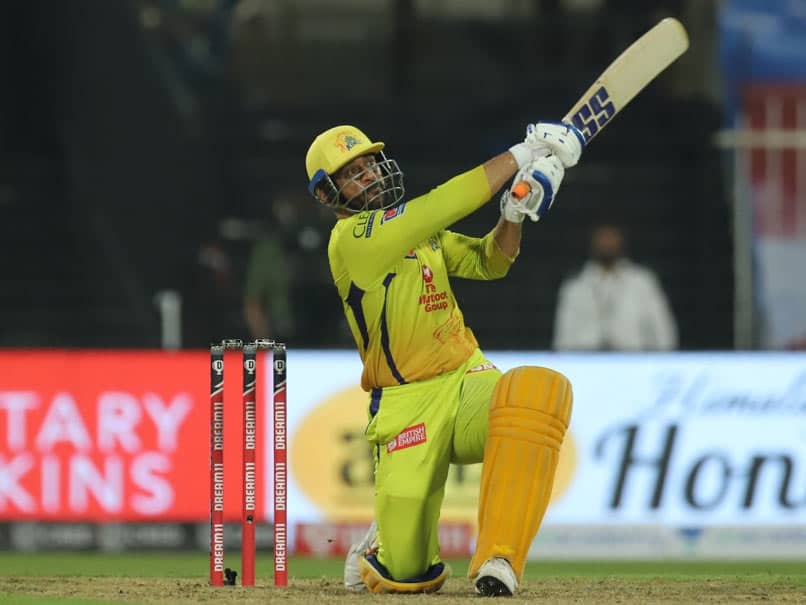 IPL 2020: MS Dhoni's batting position has been the hot topic of discussion when it comes to CSK.© BCCI/IPL

Chennai Super Kings (CSK) is a side that generates extremes of emotions. From delirious euphoria to sheer despondency, CSK sees it all from its massive fan base. MS Dhoni is a deity, but when the chips are down, he too is questioned, albeit more by those who have played at that level. Similar questions are being asked of him coming in at No. 7 in the batting line-up, something has happened in IPL 2020 and it hasn't been effective, especially against Rajasthan Royals. Similar questions will become a clamour if CSK's match against Delhi Capitals (DC) also ends unfavourably.

The Capitals, on the other hand, would be smiling, at least for now, after escaping to victory in the Super Over against Kings XI Punjab.

At one stage, KXIP needed one run off three balls to register a win, with a settled and attacking Mayank Agarwal in harness. Then they lost two wickets of two balls, with Kagiso Rabada snatching a fine catch off the last, and the match went to the Super Over.

Rabada came back to bowl fast and true, and KXIP managed only two runs in the Super Over, never an issue for DC to chase down.

A lot was said about the umpiring after the match, but Delhi Capitals took the points and are not complaining at all.

Rabada was the lynchpin. Not just did he pick up two wickets, including Glenn Maxwell, in the KXIP inning but was also absolutely on point during the Super Over.

That is something that CSK will have to focus on - if Dhoni is there towards the end of their 20 overs, and how would he handle Rabada.

He did crack three sixes in the last over against Royals, but the match was effectively over by then.

Another concern will be the bowling. Lungi Ngidi, Piyush Chawla and Ravindra Jadeja were absolutely hammered by the Royals batsmen, mostly by Sanju Samson and Steve Smith, who rattled up 13 sixes between them. Then Jofra Archer also waded in, making Ngidi's last over a forgettable one.

So, barring Deepak Chahar and Sam Curran, CSK do have a problem. Don't be surprised if there are changes in the bowling line-up.

Delhi Capitals will also be a little keyed up about key bowler Ravichandran Ashwin's presence. Ashwin had a sensational over against KXIP, claiming two wickets, before he injured his shoulder while trying to field the ball and was down and out for the match.

His presence, or absence, will be an important issue for Delhi, since he really looked keen and in it for that one over. Ashwin will be vital the team's success in IPL 2020.

CSK are in a flux. Many of its players are seniors who are approaching the end of their tether as even IPL cricketers. That could become an issue in the heat and trying conditions of the UAE.

Nevertheless, they are still a unit to reckon with and Delhi Capitals will have quite a job at hand when the rivalries get underway in Dubai on Friday.

Lungi Ngidi Chennai Super Kings vs Delhi Capitals, Match 7 IPL 2020 Cricket
Get the latest updates on IPL 2020, check out the IPL Schedule for 2020 and Indian Premier League (IPL) Cricket live score . Like us on Facebook or follow us on Twitter for more sports updates. You can also download the NDTV Cricket app for Android or iOS.