IPL 2020: Kagiso Rabada accounted for the dismissals of KXIP skipper KL Rahul and Nicholas Pooran off consecutive deliveries in the Super Over, to leave DC with a paltry target of 3 runs. 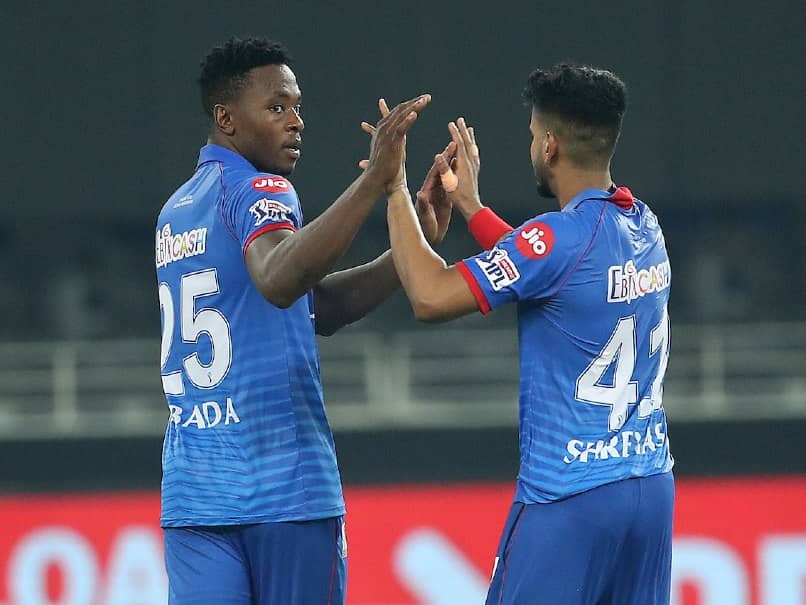 Delhi Capitals (DC) skipper Shreyas Iyer was full of praise for South African speedster Kagiso Rabada who helped the side get across the line in a tense match against Kings XI Punjab (KXIP), which went down to the Super Over. Rabada accounted for the dismissals of KXIP skipper KL Rahul and Nicholas Pooran off consecutive deliveries in the Super Over, to leave DC with a paltry target of 3 runs. The Delhi-based franchise chased down the target of 3 runs without much ado in the second match of the 13th edition of the Indian Premier League (IPL), getting their league campaign off to a strong start. Iyer hailed Rabada as the "winning performer", while he also praised all-rounder Marcus Stoinis, who was named man of the match for his performance with bat and ball.

"It was difficult to see the game turning in different directions. We are used to this. Even last season we faced these. KG is the winning performer, and the way Stoinis batted was game-changing. It was important for us to get wickets, since the total was small, and I knew if I saved KG's over for the end it would be helpful," he said in the post-match presentation.

Iyer also spoke about Ravichandran Ashwin, who suffered from a shoulder injury while trying to save a single off his own bowling.

Ashwin was taken off the field after bowling just one over and did not return for the remainder of the match.

"Ashwin says he'll be ready for the next game, but in the end the physio is going to decide," Iyer said.

KXIP skipper KL Rahul termed the defeat as "bittersweet", admitting that he would taken a Super Over at the end of 10 overs.

"It is bittersweet. If at the end of 10 overs, if you had said this match is going to a Super Over, I would have taken it. It's still our first game, so lots of learning," Rahul said.

"He (Mayank) was unbelievable and to get a game that close was magical," stated Rahul.

Earlier, DC posted a total of 157/8 following a fine half-century by Marcus Stoinis, after being sent in to bat. KXIP were restricted to the same scoreline at the end of the second innings, resulting in the match being decided through a Super Over.

Kagiso Rabada IPL 2020 Delhi Capitals vs Kings XI Punjab, Match 2 Cricket
Get the latest updates on IPL 2020, check out the IPL Schedule for 2020 and Indian Premier League (IPL) Cricket live score . Like us on Facebook or follow us on Twitter for more sports updates. You can also download the NDTV Cricket app for Android or iOS.