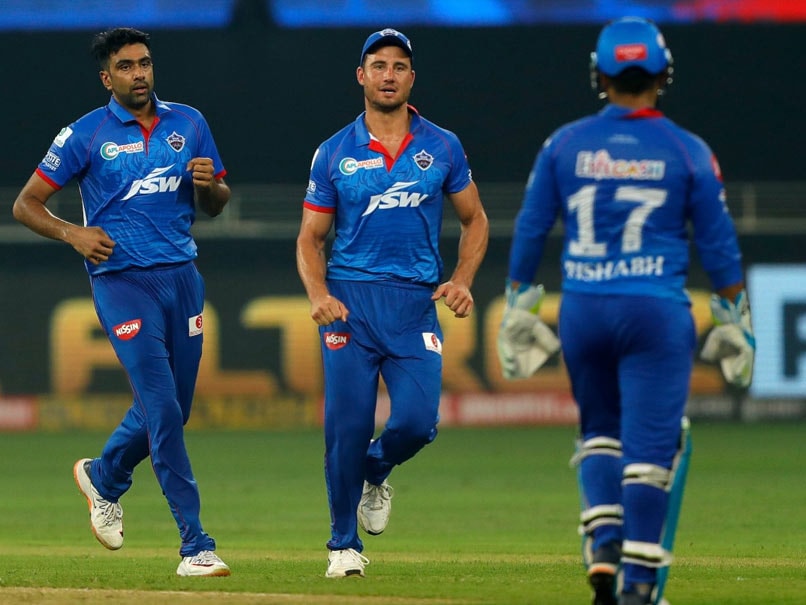 IPL 2020: Ravichandran Ashwin injured his shoulder as he dived to save a single off his own bowling.© BCCI/IPL

Senior India off-spinner Ravichandran Ashwin endured dream and nightmare in a space of six deliveries as he scalped two batsmen and then suffered a suspected shoulder dislocation during Delhi Capitals' IPL game against KXIP on Sunday. Brought in during the final Powerplay over, Ashwin first got Karun Nair and then bowled Nicholas Pooran through the gate but a needless dive to stop a single off the last delivery saw him land awkwardly on his left arm with shoulder taking the jerk. Writhing in pain, Ashwin's jersey became a temporary sling as he left the field along with Capitals' physio Patrick Farhart.

A shoulder dislocation could rule Ashwin out of tournament. He had played for Kings XI Punjab last season.

Diving on his right, R Ashwin injured his left shoulder and left the field immediately. That would have hurt.

Rabada removed KL Rahul and Nicholas Pooran off successive deliveries in the Super Over.

Delhi chased down the three-run target in the Super Over without losing any wickets.

Earlier in the match, after being sent into bat, Delhi Capitals posted a competitive total of 157/8 thanks to Marcus Stoinis' whirlwind knock of 53.

Stoinis also picked up two wickets while bowling the 20th over of the KXIPinnings and managed to defend 13 runs despite getting hit for a maximum on the first delivery.

Ravichandran Ashwin IPL 2020 Delhi Capitals vs Kings XI Punjab, Match 2 Cricket
Get the latest updates on ICC T20 Worldcup 2022 and CWG 2022 check out the Schedule, Live Score and Medals Tally. Like us on Facebook or follow us on Twitter for more sports updates. You can also download the NDTV Cricket app for Android or iOS.