IPL 2020, SRH vs CSK, SunRisers Hyderabad vs Chennai Super Kings: Players To Watch Out For

IPL 2020 SRH vs CSK: Both sides have the manpower to win it all, but somehow seem to be struggling. 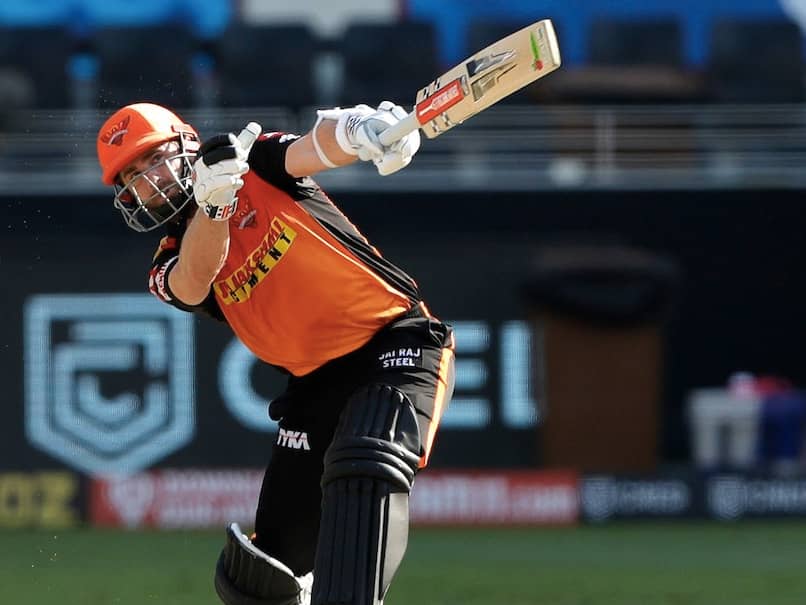 SRH vs CSK: SunRisers Hyderabad need to promote Kane Williamson to No.3 to best utilise his abilities.© BCCI/IPL

While Kings XI Punjab have had a nightmare IPL 2020 season so far, SunRisers Hyderabad (SRH) and Chennai Super Kings (CSK), two former IPL champions, have nothing to write home about either. SRH have fared marginally better than CSK, but both have been dismal in parts. The Hyderabad-outfit should have won their previous match against Rajasthan Royals, however, Rahul Tewatia and Riyan Parag pulled a rabbit out of the hat to deny them victory. CSK, on the other hand, haven't had a sniff in recent games. They have been outplayed and outthought by the opposition, and look short on ideas. They need a miracle to get out of this rut but who better to have than the miracle man himself -- MS Dhoni.

David Warner: The Australian was not at his fluent best in the initial stages of the tournament but seems to be getting to his best. In the last game against Rajasthan Royals, David Warner was striking the ball well despite the slow nature of the pitch, scoring 48 off 38 balls at a strike rate of 126.31, including three fours and two sixes.

Kane Williamson: The New Zealander has been phenomenal in the past, in the IPL. He missed the opening couple of games and was quickly brought back in, and since then has managed to score just 95 runs in total in 5 games. SRH, though, are underutilising the New Zealand star.

Williamson thrives on such wickets, where it's not just about seeing the ball and whacking. His ability to score quickly with conventional shots makes him priceless. He scored a 22 not out off 12 balls vs RR, 20 not out off 10 vs KXIP, 41 off 26 vs DC, run out for 9 vs CSK, with his only real failure coming against MI where he scored 5.

Rashid Khan: One man has stood out with his consistent performances with the ball for SunRisers Hyderabad. Rashid Khan looked a bit shell-shocked with Rahul Tewatia's assault in his final over, but aside from that mishap, the Afghan sensation has just been brilliant. Rashid has taken 10 wickets in seven matches at an economy rate of 5.03 -- the best among the top 20 wicket-takers in the tournament so far.

MS Dhoni: Those writing off arguably India's greatest ever captain should do so at their own peril. Time and again MS Dhoni has proved his doubters wrong, when most haven't given him a hope. The situation he and his team are in currently isn't much different.

Dhoni and CSK have both punched below their weight, but discounting them would be ill-advised. The CSK skipper has scored 112 runs in seven games at an average of 37.33, without a half-century to his name. But rising from the ashes is an art that both Dhoni and CSK seem to have mastered.

Faf du Plessis: The South African missed out in the last game against Royal Challengers Bangalore, dismissed for 8. Apart from that Du Plessis has been in top form and is still the third highest run-getter so far this season.

Sam Curran: Other than their batting misadventures, CSK have sorely missed out-and-out wicket-takers, though, they have one in Imran Tahir warming the bench. How CSK would like Mumbai's three-pronged pace attack or an individual like Kagiso Rabada.

CSK have failed to run through sides with no bowler really making a big impact. Sam Curran has been their best bet so far, with the Englishman taking eight wickets in seven games. But he has been a touch expensive and will hope to further improve his bowling going forward.

Faf du Plessis Sam Curran IPL 2020 Sunrisers Hyderabad vs Chennai Super Kings, Match 29 Cricket
Get the latest updates on IPL 2020, check out the IPL Schedule for 2020 and Indian Premier League (IPL) Cricket live score . Like us on Facebook or follow us on Twitter for more sports updates. You can also download the NDTV Cricket app for Android or iOS.