IPL 2020, MI vs DC: Kagiso Rabada leads the race for the purple cap, miles ahead of the rest, but Rohit Sharma can deflate the confidence of even the best of the bowlers on his day. 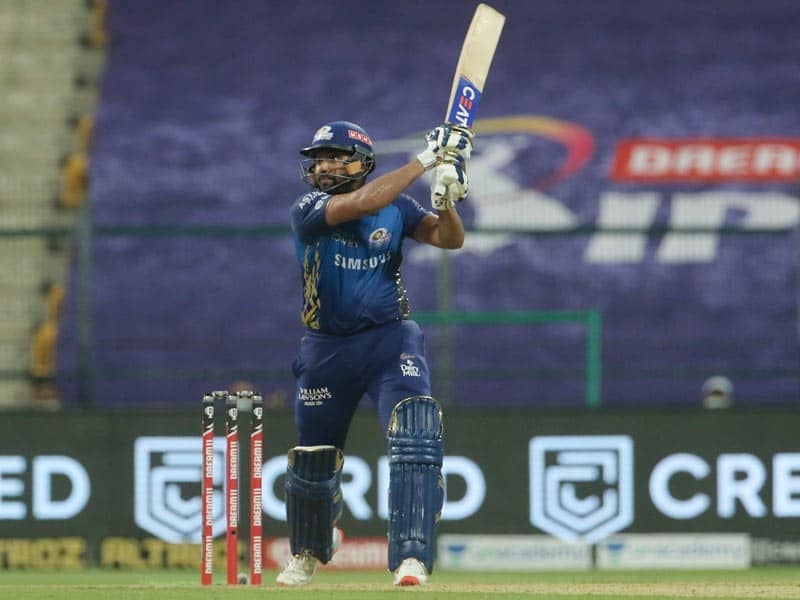 IPL 2020, MI vs DC: Rohit Sharma is amongst the top run-getters in the ongoing edition.© BCCI/IPL

Delhi Capitals (DC) fast bowler Kagiso Rabada is in prime form in the ongoing 13th edition of the Indian Premier League (IPL), having picked up 15 wickets in six matches at an average of 12.33. Rabada has picked three and four wickets, respectively for the Delhi Capitals in the two previous league matches against Rajasthan Royals (RR) and Royal Challengers Bangalore (RCB). One of these seven wickets was the prized scalp of RCB skipper Virat Kohli, with the batsman edging the ball to wicketkeeper Rishabh Pant. Rabada will be optimistic of maintaining this form as DC take on Mumbai Indians (MI) in the 27th match of IPL 2020 at Sheikh Zayed Stadium, Abu Dhabi. However, he will certainly not have it easy against MI skipper Rohit Sharma, whose sublime stroke play can ruin the bowling figures of some of the best in the business.

Rohit is amongst the top run-getters in the ongoing edition, having scored 211 runs in six matches at an average of 35.17 and a strike rate of 145.52. The 33-year-old helped ensure a quick start for MI in the previous league clash against RR, scoring a 23-ball 35 in an innings comprising of two boundaries and three sixes.

However, Rohit is yet to hit the heights he is capable of and will be looking to register a big score on Sunday, in order to make a strong case for the Orange Cap.

This face-off will certainly be one to watch out for, considering the impact on the overall result. One can expect an intense battle between these two top players.

Sheikh Zayed Stadium, Abu Dhabi IPL 2020 Cricket Mumbai Indians vs Delhi Capitals, Match 27
Get the latest updates on IPL 2020, check out the IPL Schedule for 2020 and Indian Premier League (IPL) Cricket live score . Like us on Facebook or follow us on Twitter for more sports updates. You can also download the NDTV Cricket app for Android or iOS.