IPL 2020: Mumbai Indians, with 16 points, have sealed a spot in the playoffs after Kolkata Knight Riders lost to Chennai Super Kings. 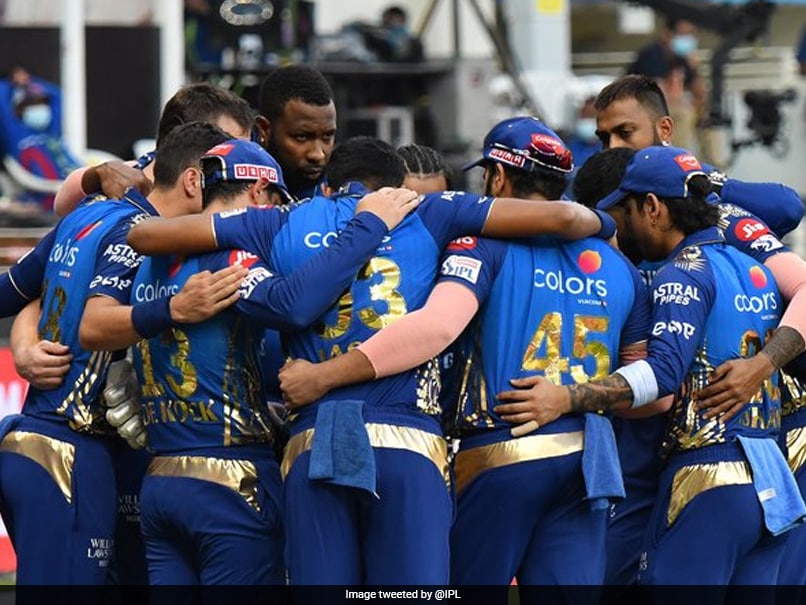 Mumbai Indians became the first team to seal a spot in the playoffs in Indian Premier League (IPL) 2020 after Chennai Super Kings' last-ball win against Kolkata Knight Riders on Thursday. While MI's win against Royal Challengers Bangalore took them to 16 points off 12 matches, KKR's defeat means that Mumbai Indians cannot finish below fourth at the end of the league stage. Mumbai will still want to win at least one of their next two matches to ensure a top two finish, meaning they will directly play the first qualifier.

Presenting to you the first team to qualify for the playoffs of #Dream11IPL 2020 - #MumbaiIndians pic.twitter.com/2Q1vhdlJPk

Mumbai Indians, apart from leading the table on points, also have the best NRR in the league. They have dominated most matches and in most of the matches they lost, it went down to the wire. One of their four defeats went down to the last over in the tournament opener against CSK while two of them came in Super Overs.

The Rohit Sharma-led side will be please, having taken one step closer to defending the IPL title. With four trophies to their name, MI are the most successful team in the history of the tournament, and will be looking to add a fifth piece of silverware to their cabinet.

Currently Royal Challengers Bangalore and Delhi Capitals are 2nd and 3rd respectively in the points table, separated marginally by Net Run Rate. Both the teams also have to face each other in their last game of the league stage.

KKR's defeat gives a boost to the resurgent KXIP's hopes of making it to the playoffs after being at the bottom of the table with seven games played. KXIP too have 12 points like KKR, but have a better NRR and have a game in hand over them.

KKR can still make it to the playoffs if they beat Rajasthan Royals in their last match and KXIP lose their remaining games against CSK and RR and SRH lose at least one of their matches against RCB and MI.

SRH and RR also have a shot at qualification, with both teams sitting on 10 points from 12 games.

Kings XI Punjab IPL 2020 Cricket
Get the latest updates on ICC T20 Worldcup 2022, check out the Schedule and Live Score. Like us on Facebook or follow us on Twitter for more sports updates. You can also download the NDTV Cricket app for Android or iOS.