IPL 2020: Jonty Rhodes, the fielding coach of Kings XI Punjab, was one of the best fielders in his playing days and can hold his own on the fitness front even now. 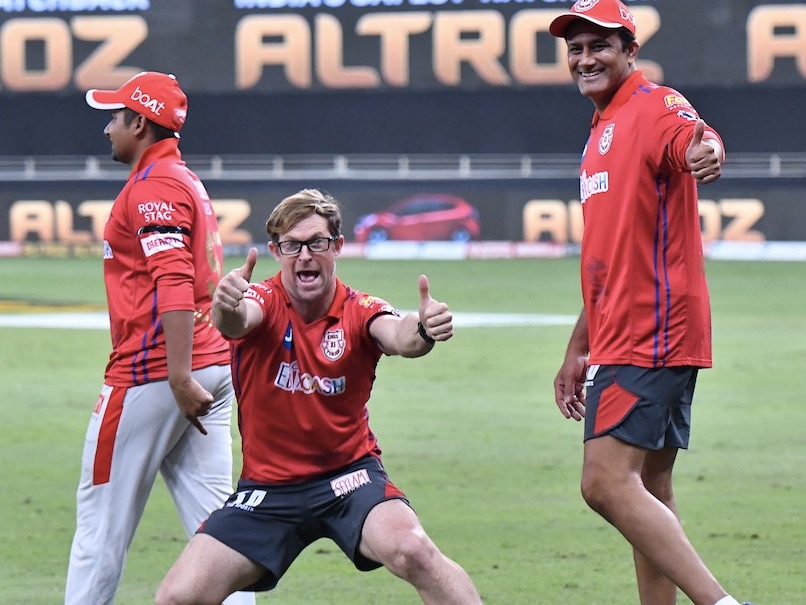 Things are looking bright in the Kings XI Punjab (KXIP) camp, after the KL Rahul-led side turned the tide of their Indian Premier League (IPL) 2020 campaign in United Arab Emirates (UAE). After a slow start, Punjab have climbed the table, and find themselves occupying fourth spot in the eight-team franchise T20 league. To show the relaxed vibe in their bio-secure bubble, KXIP shared a photo of fielding coach Jonty Rhodes doing a yoga asana which left Twitter in splits. The post was captioned as, "Rhodesasan #SaddaPunjab #IPL2020 #KXIP @JontyRhodes8".

In the photo, the South African can be seen folding his hands in a crouching posture.

One user compared him to Frank Gallagher, protagonist of Shameless. The role is played by William H Macy.

Meanwhile, another said, "The kid looks fit. I would put him at point in the field in the next game."

The kid looks fit. I would put him at point in the field in the next game.

Here are the other reactions from fans on social media:

This aasan has been in practice on India since ages, first thing in the morning everyday.

Their recent win over KKR saw an unbeaten knock of 66 runs by Mandeep Singh and Chris Gayle slamming 51 runs off 29 balls.

KXIP's next two matches are must-win games. They face Rajasthan Royals (RR) on October 30, at the Sheikh Zayed Stadium. After that they face Chennai Super Kings (CSK) on November 1 in the same venue.

KL Rahul IPL 2020 Cricket
Get the latest updates on IPL 2021, check out the IPL 2021 Schedule and Indian Premier League Live Score . Like us on Facebook or follow us on Twitter for more sports updates. You can also download the NDTV Cricket app for Android or iOS.