IPL 2020, KKR vs KXIP: Chris Gayle revealed that youngsters in the Kings XI Punjab team keep on asking him not to retire from the shortest format of the game. 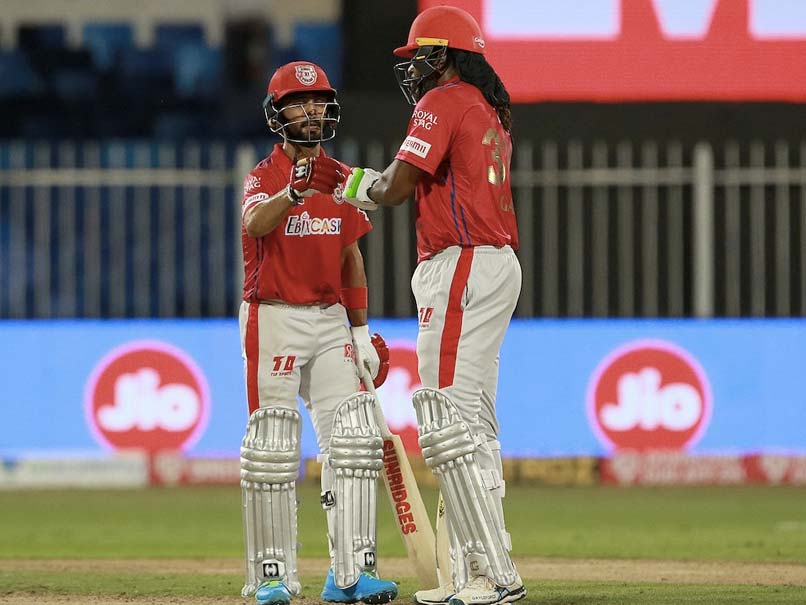 Kings XI Punjab (KXIP) batsman Mandeep Singh praised teammate Chris Gayle saying that the latter should never retire and he is "probably the greatest T20 player ever". Singh''s remarks came after KXIP defeated Kolkata Knight Riders (KKR) by eight wickets in the Indian Premier League (IPL) on Monday. Singh and Gayle scored 66 and 51 runs respectively to help KXIP chase down the target of 150 runs. "He (Gayle) should never retire. He is always in great touch. I have never seen him struggle. He is probably the greatest T20 player ever," Singh said in the post-match press conference.

Also, during the post-match presentation, Gayle had revealed that youngsters in the team keep on asking him not to retire from the shortest format of the game.

"Today the coach asked the senior players, we need to step up in crucial games, I am glad we were able to put my hand up. And the youngsters in the team are telling me, don't retire," Gayle had told host broadcaster Star Sports at the post-match presentation.

This was KXIP's fifth straight win in the tournament and the team has now claimed the fourth spot on the points table with 12 points.

Reflecting on the KXIP's current form, Singh said: "It is just the self-belief that we have shown in the last few games that no matter what we have to keep that Punjabi fight in every game. I am very happy that games are going in our way."

Mandeep Singh
Get the latest updates on India vs South Africa and check out  Schedule, Results and Live Score. Like us on Facebook or follow us on Twitter for more sports updates. You can also download the NDTV Cricket app for Android or iOS.