IPL 2020 SRH vs RCB: Virat Kohli must contribute significantly for Royal Challengers Bangalore if they want to get past SunRisers Hyderabad in the IPL 2020 Eliminator, but Rashid Khan will be looking for redemption and can make things difficult. 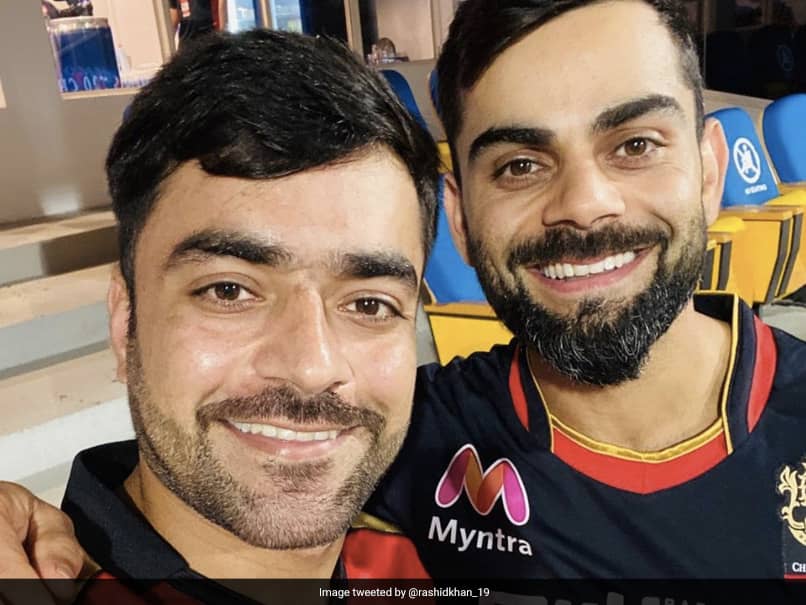 SRH vs RCB: Virat Kohli vs Rashid Khan promises to be a mouthwatering contest.© BCCI/IPL

Virat Kohli may not necessarily have had the best IPL 2020, but there is no denying his presence or contribution to the Royal Challengers Bangalore cause. With the team now embroiled in the must-win eliminator against SunRisers Hyderabad, Kohli would be hoping for some solid runs at the top of the order. Similarly, ace leg-spinner Rashid Khan would have had his pride hurt after he had conceded the highest number of runs in any spell in IPL 2020 against Mumbai Indians in SRH's last match. While his side won at a canter, the Afghan takes these reverses to heart and will come back firing.

Virat Kohli's aggregate of runs is about to touch his 2019 record, but this time around, his team is in a way better position. At the same time, his average this year is way better than the previous, but his strike rate is way lower, though the latter could be attributed to pitches beginning to just give up. At total of 460 runs is par for Kohli in 14 matches but the strike rate of 122.01 is not.

Rashid was virtually unplayable in the league stages but as was shown up on two occasions -- by Rahul Tewatia of Rajasthan Royals and then by the Mumbai Indians duo of Suryakumar Yadav and Ishan Kishan -- he can still be scored off, provided the batsmen are a little courageous.

So, he will be keen and raring to go, as will Kohli. That promises a big face-off between the two.

Virat Kohli Rashid Khan IPL 2020 Sunrisers Hyderabad vs Royal Challengers Bangalore, Eliminator Cricket
Get the latest updates on IPL 2021, IPL Points Table , IPL Schedule 2021 , live score . Like us on Facebook or follow us on Twitter for more sports updates. You can also download the NDTV Cricket app for Android or iOS.