IPL 2020, SRH vs RCB: SunRisers Hyderabad and Royal Challengers Bangalore will be vying in the Eliminator with aims to make it to Qualifier 2. 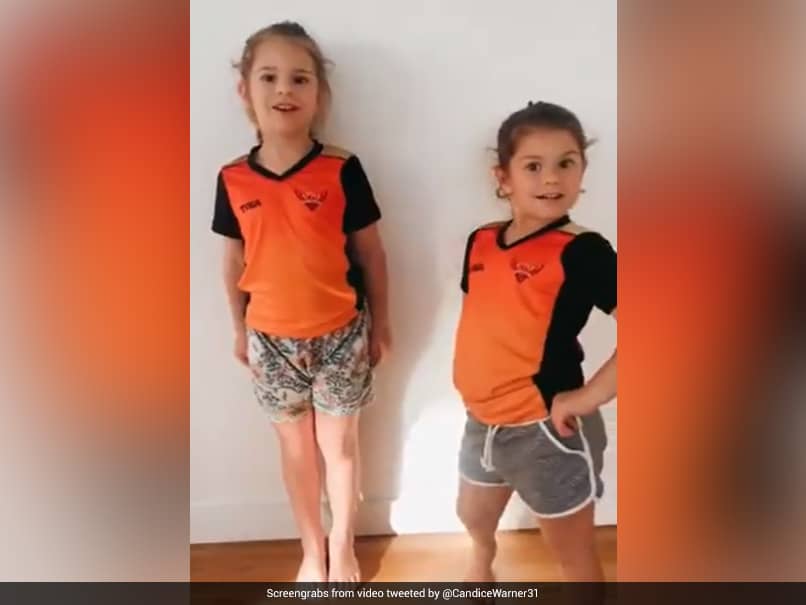 With SunRisers Hyderabad (SRH) set to face Royal Challengers Bangalore (RCB) in the Eliminator of the ongoing Indian Premier League (IPL) 2020, two of captain David Warner's daughters took to social media to wish them luck. The match will take place on Friday, at the Sheikh Zayed Stadium, in Abu Dhabi. The SRH captain's wife Candice Warner posted the adorable video on Twitter, and it was captioned as, "Good luck tonight @SunRisers & @davidwarner31. We hope you win!!"

In the video, Ivy Mae and Indi Rae pass on their wishes. The video is started by one of the daughters saying, "All the best tonight SunRisers."

They end the video by stating in chorus, "We hope you winnnnn!"

Warner has a third daughter. Her name is Isla Rose.

Here are some of the other tweets:

Lovely girls are the blessings of each other and of course, we will win not only today's matches but we will also win finals !!

Was never in doubt about tonight's result but having these girls cheering on should surely get the @SunRisers over the line tonight.

SRH qualified for the playoffs in dramatic manner, finishing within top-four in the penultimate day. They defeated Mumbai Indians (MI) in the last match of the league phase by 10 wickets.

Warner has led SRH from the front, currently second in the race for Orange Cap. He has scored 529 runs from 14 matches, at a strike rate of 136.69. He has slammed 49 fours and 14 sixes. He has also notched four half-centuries.

David Warner IPL 2020 Sunrisers Hyderabad vs Royal Challengers Bangalore, Eliminator Cricket
Get the latest updates on India vs England Series, India vs England , live score and IPL 2021 Auction . Like us on Facebook or follow us on Twitter for more sports updates. You can also download the NDTV Cricket app for Android or iOS.