IPL 2020, SRH vs KXIP: David Warner's daughters are getting ready for SunRisers Hyderabad's upcoming fixture against Kings XI Punjab, to be held at the Dubai International Stadium. 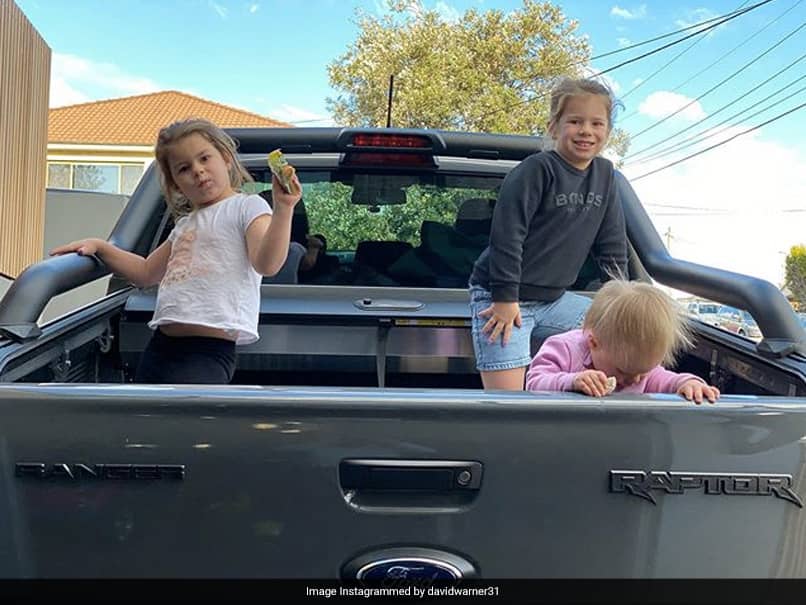 SunRisers Hyderabad (SRH) have had a rather patchy Indian Premier League (IPL) 2020 campaign, but that doesn't seem to stop captain David Warner's daughters from cheering for their father's team. Ahead of his side's upcoming fixture against Kings XI Punjab (KXIP) on Thursday, Warner shared an adorable Instagram story, where he showed his daughters gearing for the fixture. The Australian cricketer has three daughters; Isla Rose, Ivy Mae and Indi Rae, who are dressed up in SRH's colours in the story. The story was captioned as, "Ready for the game". 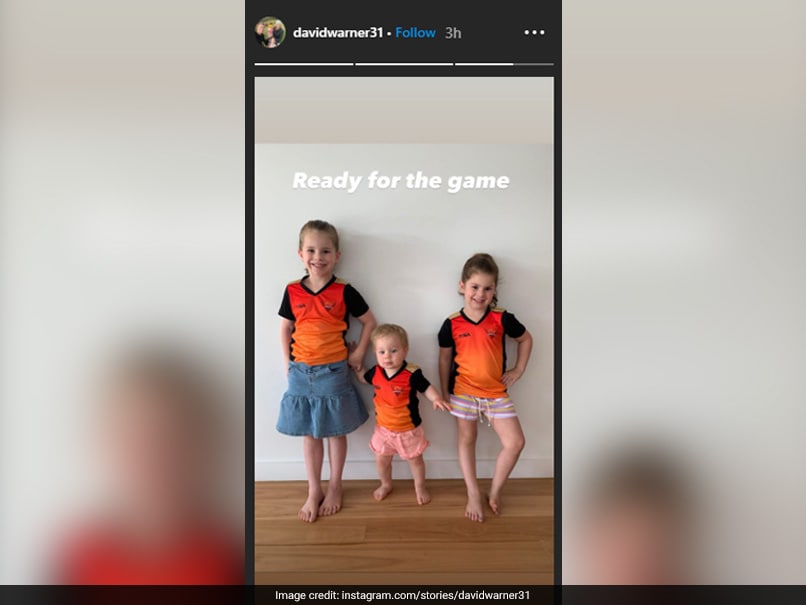 David Warner posted a Instagram story, where his daughters were gearing up for SRH's upcoming match
Photo Credit: Instagram

The batsman is married to Candice Warner.

Earlier on Thursday, Warner even shared a post on Instagram, where Ivy and Indi passed on their wishes to SRH. The video was captioned as, "Girls are ready for the game tonight. #love #daughters @candywarner1 @sunrisershyd".

In the video, one of his daughters says, "Good luck tonight SunRisers".

Warner is well-known on social media for his adorable videos with his wife and daughters. During the pandemic, some of his videos went viral where his family danced to Indian songs.

Lately, he has also been uploading hilarious videos on Instagram, where his face has been morphed in footages from famous movies, like Home Alone.

SRH began their season with two defeats against Royal Challengers Bangalore (RCB) and Kolkata Knight Riders (KKR). This was followed by two victories against Delhi Capitals (DC), Chennai Super Kings (CSK) and a loss to Mumbai Indians (MI). They are currently sixth in the league. SRH's upcoming match vs KXIP will be held at the Dubai International Stadium, in Dubai.

David Warner Sunrisers Hyderabad vs Kings XI Punjab, Match 22 Cricket
Get the latest updates on IPL 2020, check out the IPL Schedule for 2020 and Indian Premier League (IPL) Cricket live score . Like us on Facebook or follow us on Twitter for more sports updates. You can also download the NDTV Cricket app for Android or iOS.