IPL 2020, SRH vs KXIP, SunRisers Hyderabad vs Kings XI Punjab: Players To Watch Out For

IPL 2020, SRH vs KXIP: KL Rahul and Mayank Agarwal will have their task cut out when they take on SunRisers Hyderabad bowling line-up led by Rashid Khan. 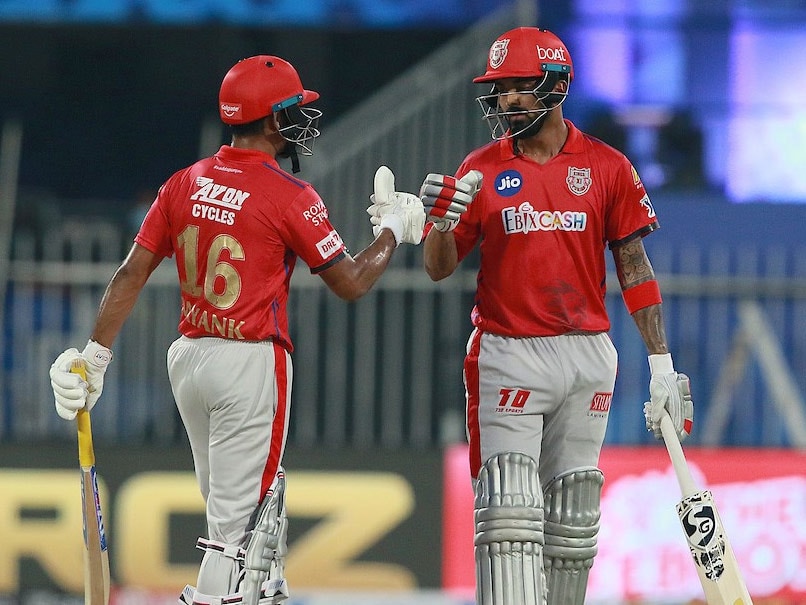 IPL 2020: KL Rahul and Mayank Agarwal have been outstanding for KXIP this season so far.© BCCI/IPL

SunRisers Hyderabad, after being outclassed by Mumbai Indians in their last fixture, will be up against a hurting Kings XI Punjab (KXIP) who suffered a humiliating 10-wicket loss to Chennai Super Kings. KXIP are at the bottom of the points table but that could change if they get back to winning ways as there are only four points behind the fourth placed Royal Challengers Bangalore. After KXIP's poor show against CSK, their batting coach Wasim Jaffer hinted that fans can expect to see a couple changes in the next game with Chris Gayle and Mujeeb Ur Rahman waiting in the wings.

KL Rahul: The KXIP skipper has been scoring runs for fun in this year's IPL. KL Rahul is the top run getter this season with 302 runs from five matches, including an unbeaten century against the Roya Challengers Bangalore. Punjab will again hope for a good start from their captain when they take on SunRisers Hyderabad.

Mohammed Shami: The Indian pacer went wicketless in KXIP's last game but Shami has been the wrecker-in-chief with the ball so far for the team. The fast-bowler has picked up eight wickets at an economy rate of 8.19 and he will be key for KXIP against a powerful SRH top-order.

Mayank Agarwal: Apart from KL Rahul, Mayank Agarwal is the only batsman who has scored a century in IPL 2020. The Karnataka batsman has scored 262 runs at an impressive strike rate of 162.87. Kings XI Punjab will be hoping that the duo of KL Rahul and Mayank Agarwal come good once again against SunRisers Hyderabad.

David Warner: SRH skipper's struggle for runs ended as he scored his first half-century of this year's IPL last week. With David Warner scoring runs, SRH's top order looks settled. Warner will be looking to cash-in against a misfiring KXIP bowling attack when the two teams meet in Dubai on Thursday.

T Natarajan: Natarajan has emerged as their new yorker specialist. The left-arm pacer's economical spells in the backend of the innings have helped SRH to dry out the runs in the death overs. The Hyderabad-based franchise will be hoping that Natarajan comes good against an explosive batting line-up of KXIP.

Rashid Khan: The Afghanistan spinner has only five wickets to his name after five outings but it is his ability to control the game in the middle overs that makes him grab eyeballs whenever he takes the field.

Rashid Khan has bowled with an economy rate of 5.20, the best in the tournament so far and the onus will be on him to keep the likes of KL Rahul, Mayank Agarwal and Nicholas Pooran quiet when the two teams clash at the Dubai International Cricket Stadium.

Rashid Khan Sunrisers Hyderabad vs Kings XI Punjab, Match 22 IPL 2020 Cricket
Get the latest updates on T20 World Cup, check out the T20 World Cup Schedule and Live Score . Like us on Facebook or follow us on Twitter for more sports updates. You can also download the NDTV Cricket app for Android or iOS.