IPL 2020, CSK vs KKR: Chennai Super Kings have only won five fixtures in the ongoing season. 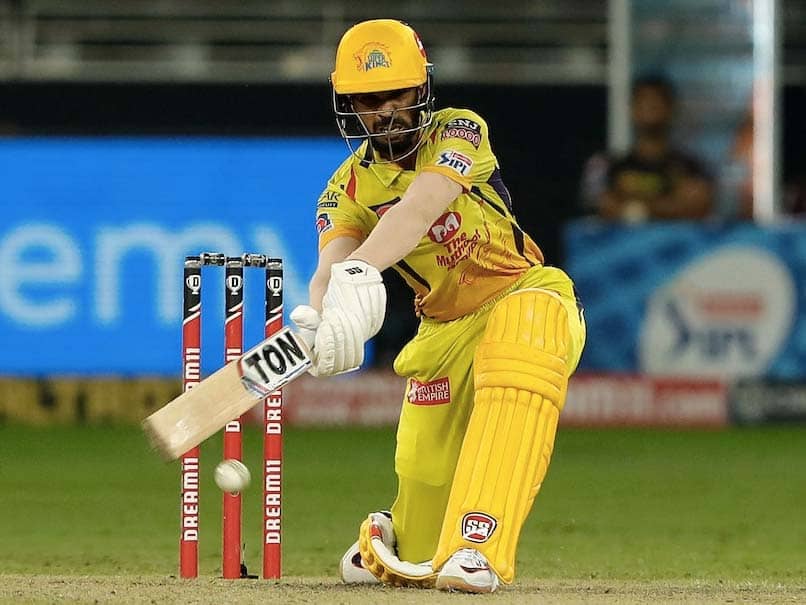 Chennai Super Kings (CSK) batsman Ruturaj Gaikwad said the atmosphere in the dressing room is "pretty relaxed" and it does not feel like they are out of the competition. CSK failed to reach the Indian Premier League (IPL) playoffs this season and are the bottom-placed team on the points table. However, the team defeated Kolkata Knight Riders (KKR) by six wickets on Thursday. Gaikwad scored 72 runs in the match to help CSK chase down the target of 173 runs.

"Obviously looking to continue my form and win for the team, nothing else matters. Hopefully, we finish the tournament with a win and continue the momentum next year," Gaikwad told teammate Shane Watson in a video posted by iplt20.com.

"Atmosphere is pretty relaxed. Does not feel we are out of the tournament. The atmosphere during the first game and during this game was the same. It helps a lot," he added.

Gaikwad also expressed elation over being able to bat with Watson and said "it was a dream batting with you."

Watson then praised Gaikwad for his amazing innings during the match.

"It has been a privilege to see Ruturaj bat so incredibly well and so composed. For a young guy and at a big stage like IPL, to be able to bat like he has is very impressive. And to be able to take on guys like Pat Cummins, Ferguson and Sunil Narine," Watson said.

Kolkata Knight Riders Ruturaj Gaikwad IPL 2020 Cricket Chennai Super Kings vs Kolkata Knight Riders, Match 49
Get the latest updates on IPL 2021, IPL Points Table , IPL Schedule 2021 , live score . Like us on Facebook or follow us on Twitter for more sports updates. You can also download the NDTV Cricket app for Android or iOS.