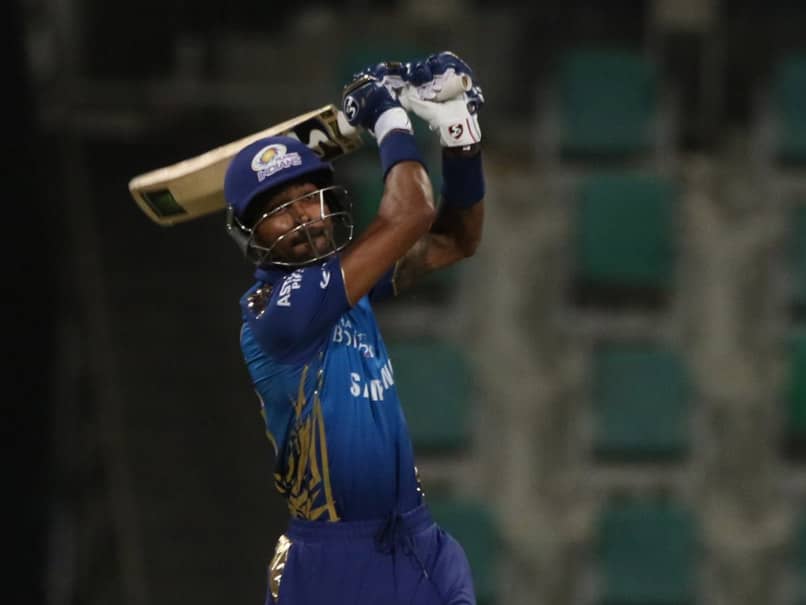 With four wins from six games, defending champions Mumbai Indians have started well in the 13th edition of the Indian Premier League. While the team is currently sitting at the top of the points table, a question on everyone's mind is whether star all-rounder Hardik Pandya will play as a pure batsman this season. And looks like that could be the preferred choice for the unit. Speaking to ANI, sources in the MI camp said that it has been decided that Hardik's workload would be kept under strict check considering India's international commitments post the IPL.

"He is fit and looking after his body really well. But considering India's international calendar after the IPL, it was decided that his workload needs to be kept an eye on," a source said.

"It has often in the past been debated whether players are made to go that extra mile for their club, but we are keeping an eye on the long road ahead that will see India play Australia and then England.

"We should ideally see the next IPL after that and not to forget there is the World T20 next year.

"A lot of cricket is round the corner and we don't wish to be short-sighted and only look at this season. He is an X-factor for every team that he plays for and can change the momentum of a game with bat and ball across formats," the source added.

This is one of the reasons why the otherwise second or third change bowler for MI across seasons is yet to bowl this season.

Hardik on his part made it clear before the IPL that physios and trainers decide what he does on the field and whether he picks/chooses games, and he doesn't get into that aspect.

In fact, being a contracted player, his fitness and workload is also constantly monitored by the Indian team management in consultation with the MI support staff when he is playing in the IPL.

"It is completely dependent on how my body reacts. I have not decided anything and right now the number of months I have been out, I just want to keep playing sport as much as I can. But obviously, there are my physios and trainers to take that call. Whichever opportunity I get, I will go out and play," he told ANI.

Mumbai Indians' Director of Cricket Operations Zaheer Khan too made it clear before their game against Royal Challengers Bangalore that while Hardik can be a game-changer with the ball, he needs to be handled carefully considering what he brings to the table.

"He is someone who really changes the balance of any side when he is bowling. He understands that but we have to listen to his body," Zaheer said in a virtual pre-match conference.

"That is something the conversation which we are having in consultation with the physios. We are looking forward to seeing him bowl.

"He is very keen and really wanting to bowl. We just have to wait and be patient and listen to his body as I said earlier.

"At the end of the day for any bowler, injuries play a huge role. We are happy that he is there as a batter with full fitness contributing so that is the exciting part."

With the amount of cricket in the offing over the next six months, MI have shown that it isn't about club versus country and is more about what is good for a player and the national team.

Hardik Pandya IPL 2020 Cricket
Get the latest updates on IPL 2020, check out the IPL Schedule for 2020 and Indian Premier League (IPL) Cricket live score . Like us on Facebook or follow us on Twitter for more sports updates. You can also download the NDTV Cricket app for Android or iOS.