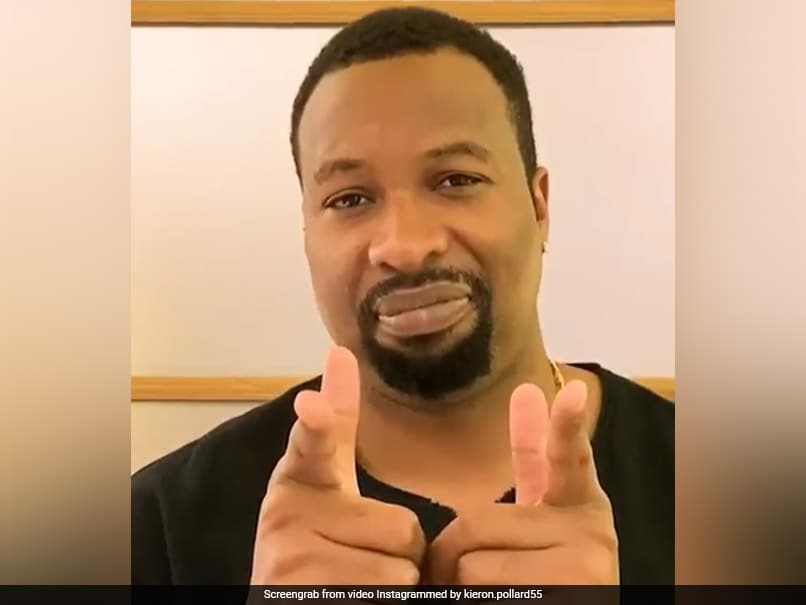 Kieron Pollard took a cue from Mumbai Indians teammate and “brother” Hardik Pandya and participated in the ‘break the beard' challenge ahead of Mumbai's Indian Premier League (IPL) 2020 match against Kolkata Knight Riders (KKR) on October 16 and nominated KKR captain Dinesh Karthik to take up the challenge. Pollard posted a video on social media where he can be seen sporting a stubble in one frame and cleaned up in the next. “Cheggit! New Season, New Polly! Taking the cue from my brother @hardikpandya93. #BreakTheBeard and Game ON! #MIvsKKR. @dk00019 Ready?” wrote Pollard in the caption.

Pollard and Hardik have been instrumental to Mumbai's success in IPL 2020 so far as they have won three of their five matches and are placed second on the points table.

In Mumbai's last outing, against SunRisers Hyderabad in Sharjah, the duo put together 41 runs in 4.2 overs to help their side cross 200 on a batting-friendly wicket.

Pollard has rolled his arm over as well, bowling crucial overs in the middle overs as well as at the death.

Mumbai have won the IPL a record four times and are the defending champions. They beat Chennai Super Kings in the IPL 2019 final by one run.

Dinesh Karthik IPL 2020 Cricket
Get the latest updates on Fifa Worldcup 2022 and check out  Fifa World Cup Schedule, Stats and Live Cricket Score. Like us on Facebook or follow us on Twitter for more sports updates. You can also download the NDTV Cricket app for Android or iOS.