IPL 2020: Amit Mishra Ruled Out Of Tournament With Finger Injury

IPL 2020: Amit Mishra has been ruled out of the rest of the Indian Premier League 2020 with a tendon injury to the ring finger of his bowling hand. 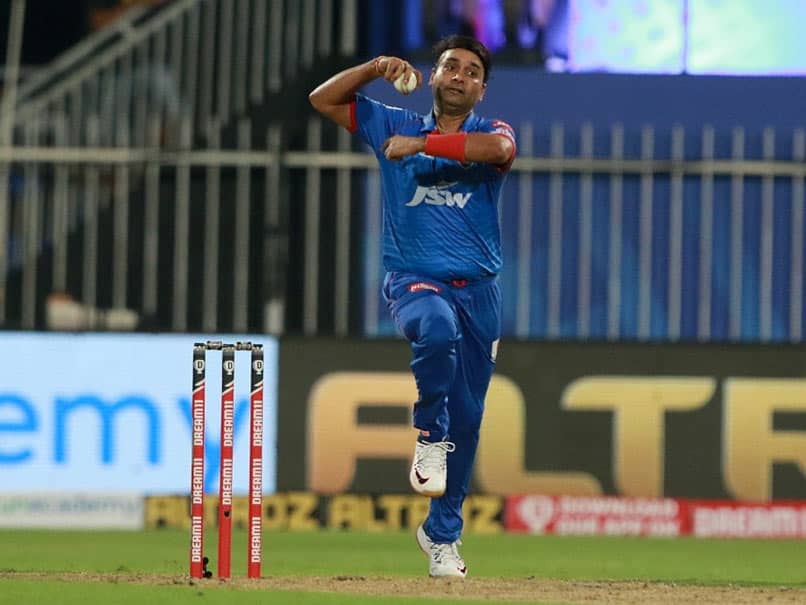 Delhi Capitals' leg-spinner Amit Mishra has been ruled out for the remainder of the Indian Premier League (IPL) 2020 with a finger injury in his bowling hand. "The 37-year-old sustained a flexor tendon injury to the ring finger of his bowling hand whilst attempting to take a return catch off his bowling during Delhi Capitals' match against the Kolkata Knight Riders," Delhi Capitals said in a statement. The news comes hours before DC's game against Royal Challengers Bangalore.

"Mishra will now consult with a specialist over the next few days to determine the most appropriate course of management for this unfortunate injury," the statement further read.

Mishra suffered the injury when he dived to his right to try and take a return catch to dismiss KKR's Nitish Rana during DC's 18-run win over them, while bowling his first over in the match.

He did bowl one more over, dismissing an in-form Shubman Gill in the process, but the physio had to come out to tend to him again, and he did not bowl after that.

"Unfortunate to lose Mishra in the middle when he was spinning the ball really well," DC captain Shreyas Iyer had said after the game.

"The worst part is that he was looking in great rhythm and was bowling really well. His experience was something that was not just helping him in the middle on these UAE wickets, but also the young spinners in the team," a DC official was quoted as saying by news agency ANI.

Amit Mishra is the second-highest wicket taker in IPL history, with 160 scalps to his name, and only Sri Lanka pacer Lasith Malinga has more wickets in the tournament.

Delhi Capitals will have to now look for a replacement for the experienced spinner.

With inputs from ANI