IPL 2020, RCB vs DC: Amit Mishra had injured his finger while trying to grab a return catch during their match against Kolkata Knight Riders on Saturday. 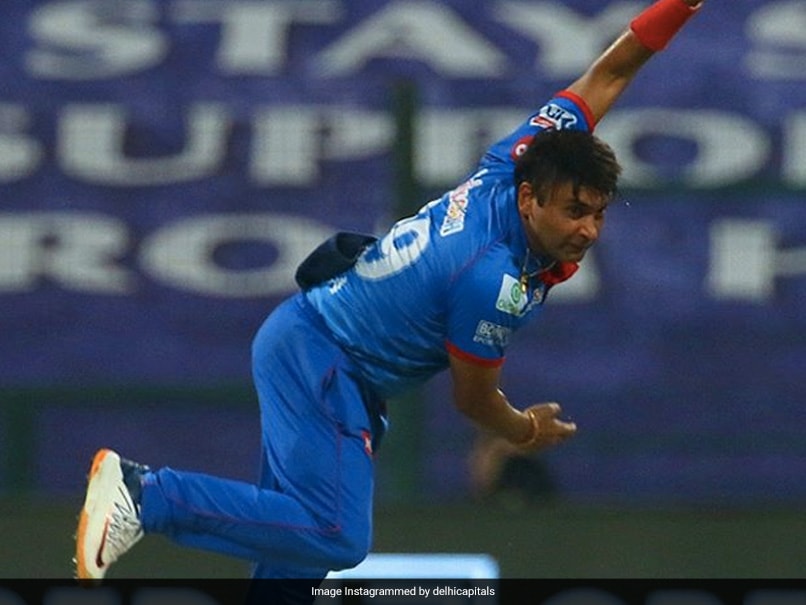 In what is undoubtedly a big blow for Delhi Capitals, leg-spinner Amit Mishrais a doubtful starter for them in their game against Royal Challengers Bangaloreat the Dubai International Cricket Stadium on Monday. The spinner injured his finger during the game against Kolkata Knight Riders in Sharjah on Saturday in the middle of what was a quality display of spin bowling on the placid Sharjah wicket.

Speaking to ANI, a DC official said that scans were conducted on his finger on Sunday and he is doubtful for Monday's game but reports are awaited.

"He hurt his bowling finger and scans have been done to gauge the extent of the injury. The reports are to come in, but he is doubtful for today's game against RCB. Obviously a blow as he has been in good rhythm, but considering how he has been bowling, the team would definitely want to not risk him," the official said.

One of the most experienced campaigners in the IPL, Mishra had looked in fine form and was almost unplayable in Sharjah even as other bowlers have struggled on the ground due to the short boundaries. In fact, the way Mishra dismissed Shubman Gill is stuff legends are made of.

But it was in his very first over against KKR that he hurt his bowling finger in an effort to grab a return catch from Nitish Rana's bat. While Mishra dived to catch the ball, he ended up hurting his finger in the process.

While he did dismiss Gill in his very next over -- after giving away just two runs in his first over -- it was after four more deliveries that the physio had to walk in with the magic spray to check on his finger, which was bothering him.

Mishra did not bowl any further in the match and his absence was felt by skipper Shreyas Iyer who made it clear in the post-match presentation when he said: "Unfortunate to lose Mishra in the middle when he was spinning the ball really well. We were confident we had two good overs left, but anything could happen, it is a funny game in T20s and especially here in Sharjah."

Kolkata Knight Riders Amit Mishra IPL 2020 Cricket Royal Challengers Bangalore vs Delhi Capitals, Match 19
Get the latest updates on IPL 2021, check out the IPL 2021 Schedule and Indian Premier League Live Score . Like us on Facebook or follow us on Twitter for more sports updates. You can also download the NDTV Cricket app for Android or iOS.