IPL 2020, RCB vs DC: The head to head stats between the two sides give a clear edge to Royal Challengers Bangalore, who have registered 15 wins out of 24 meetings, including one in a Super Over. 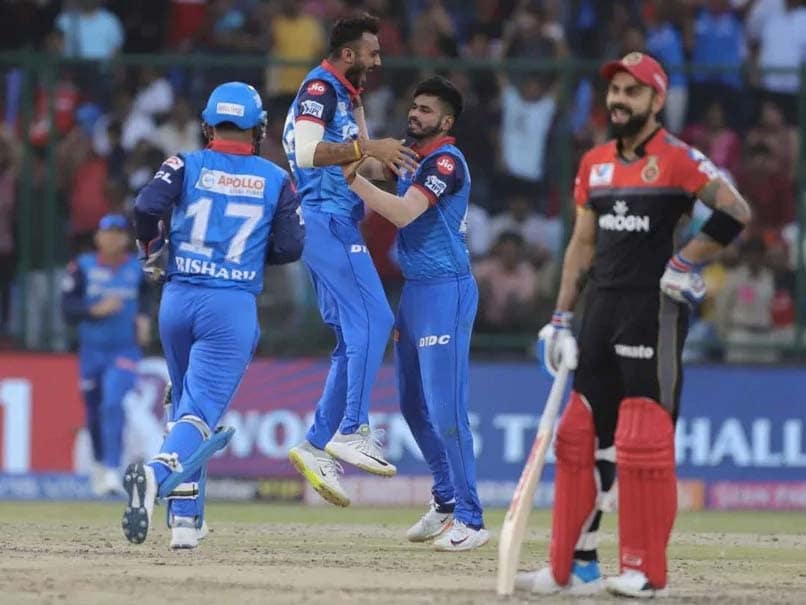 IPL 2020, RCB vs DC: RCB skipper Virat Kohli scored his first fifty of the season in their previous game.© BCCI

Royal Challengers Bangalore (RCB), who finished rock-bottom last year, have had a terrific start to the IPL 2020campaign, winning three out of four games. Delhi Capitals, on the other hand, seem to have carried forward their last year's momentum, which saw them finish third, into this season and are looking the team to beat. So, when these two teams take on each other on Monday in Dubai, fans will witness some exciting face-offs, including the one between Virat Kohli and Kagiso Rabada. Delhi and RCB both have tasted only one defeat in four games and a win on Monday night will send the team on top the IPL 2020 Points Table.

RCB skipper Virat Kohliand Delhi Capitals leader Shreyas Iyerboth led their sides from the front in their previous game, guiding their sides to the victory.

While Bengaluru-based outfit got the better of Rajasthan Royals beating them by eight wickets, Delhi Capitals defeated Kolkata Knight Riders by 18 runsin a high-scoring contest at the Sharjah Cricket Stadium on Saturday.

When it's hard to pick a favourite based on the present form, one can take always help from the past records to gauge which team has been dominant over the years. The head to head stats between the two sides give a clear edge to RCB who have registered 15 wins in 24 meetings, including one in the Super Over. Delhi Capitalshave managed to secure only eight wins, while a game has ended in a no result.

Based on their terrific run so far this season, it is hard to tell one team from the other, with their net run-rate the only distinguishing factor between them. However, this will change after the Monday' clash as one team will extend the gap by adding two more points to their tally while the other side will go home empty-handed.

Kagiso Rabada Dubai International Cricket Stadium, Dubai IPL 2020 Cricket
Get the latest updates on T20 World Cup, check out the T20 World Cup Schedule and Live Score . Like us on Facebook or follow us on Twitter for more sports updates. You can also download the NDTV Cricket app for Android or iOS.