IPL 2020, SRH vs CSK: An all-round performance by Chennai Super Kings helped them register their third win of the tournament in Dubai on Tuesday. 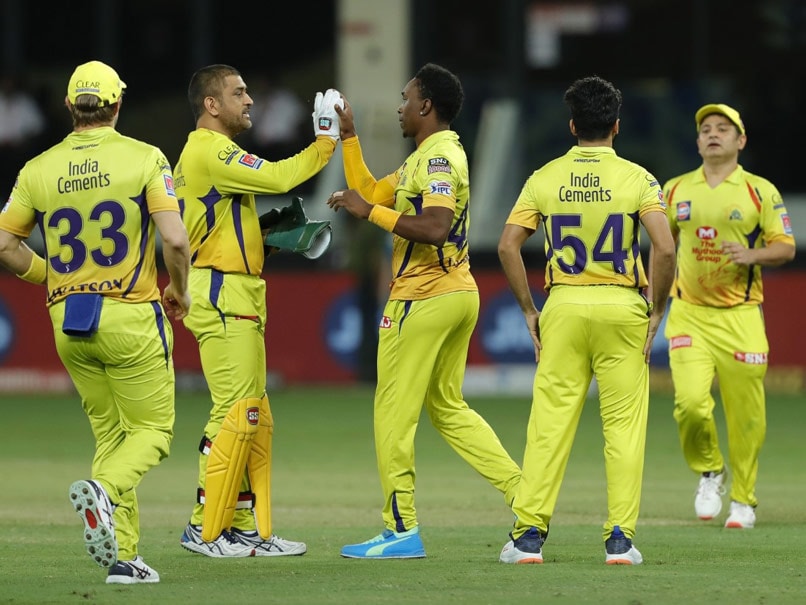 It was a near-perfect match for Chennai Super Kings (CSK) as they put their disappointing start aside to register only their third winof the Indian Premier League (IPL) 2020 season from eight matches. The middle order of Ambati Rayudu (41), MS Dhoni (21) and Ravindra Jadeja (25 not out) came good as CSK put together 167 runs on a sluggish Dubai wicket. Thereafter, the spinners choked SunRisers Hyderabad (SRH) batsman even Kane Williamson scored a fifty and Rashid Khan threatened to tee off at the death, and helped CSK secure a comfortable 20-run victory.

“Today I felt we did a very good job even in the batting,” Dhoni said after the game. “There was some purpose with the bat and the batsmen assessed the situation very well.”

Chasing 168 for victory, SRH were two down in the first six overs as Deepak Chahar and Sam Curran kept things tight with the new ball. “With a total like 160, it all depends on the start you get in the first six overs. The fast bowlers did the job, the spinners came into play and it was one game that was as close to being perfect,” Dhoni said.

This game was also the first time that CSK were batting first in IPL 2020 as Dhoni departed from his usual decision of bowling first after winning the toss, considering how the pitches have slowed down going into the second half of the tournament and batting second may not be easy going forward.

“There are some two paced balls, some swing and some don't swing, some get extra bounce. What was needed was good execution of the plans and that was done by the fast bowlers,” Dhoni said.

The pacers – Chahar, Curran, Shardul Thakur and Dwayne Bravo – combined to get four of the eight SRH wickets that fell.

Did the slowness of the wicket help Dhoni and his men in this game? “To an extent yes,” quipped Dhoni, before adding why CSK played an extra spinner – Piyush Chawla for N Jagadeesan – and how it paid off in the end.

“But we used an extra spinner because an Indian batter hasn't done well for us. That's why Sam Curran went up (Curran opened the innings) and it wasn't fair on Jagadeesan as well to bat at seven or eight.”

The spin trio of Jadeja, Chawla and Karn Sharma returned 66 from eight overs and accounted for three wickets. That's just under the asking rate of 8.35 runs an over at the start of the SRH innings.

Moreover, Curran blasted 4, 4, 6 off Khaleel Ahmed in the second over of the match and made a quickfire 31 off just 21 balls. He then returned to get David Warner in the fourth over of the second innings as SRH were put under pressure from the start.

“Sam Curran is a complete cricketer for us. You need a seaming all-rounder, he plays the spinners well and he can give us those 15-45 runs,” Dhoni lauded Curran.

“A good left armer is always good to have in the side.”

David Warner, the losing captain, said that the pitch was “on the slower side” and admitted SRH will have to “go back to the drawing board and work on a few areas” after his team stumbled to a second straight defeat.

“I thought 160 was the right total to go after, but anything above that was always going to be difficult,” said Warner.

CSK went in with as many as seven bowling options. The variety of bowling available with CSK combined with SRH's lack of intent to go after the bowlers in the Powerplay or the death led to their defeat, Warner felt.

“Having 6-7 bowlers in the team helps. It's difficult to play against bowlers who can swing the ball. There's always a challenge in the Powerplay, but you have to take on the bowlers,” Warner said.

“We need to monitor the wickets in the upcoming games and select the team accordingly.”

Kane Williamson IPL 2020 Sunrisers Hyderabad vs Chennai Super Kings, Match 29 Cricket
Get the latest updates on IND vs NZ 2021, check out the Schedule and Live Score . Like us on Facebook or follow us on Twitter for more sports updates. You can also download the NDTV Cricket app for Android or iOS.