Chennai Super Kings boast of some the best IPL fans and one of them refurbished his home as "Home Of Dhoni Fan." 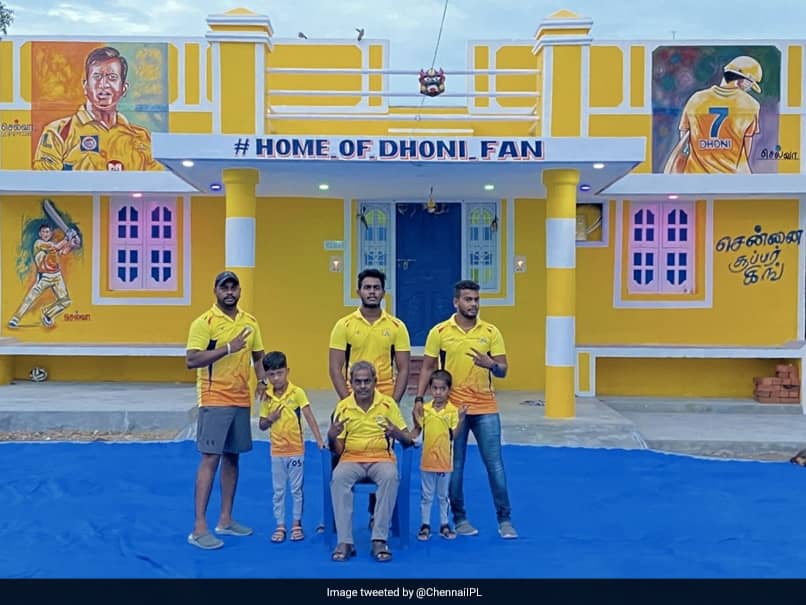 Chennai Super Kings (CSK) have had one of the biggest fanbases of all Indian Premier League (IPL) teams. The presence of MS Dhoni as the captain of the team since the inception of the IPL has also contributed to a large fan base of cricket lovers not just in the home city of Chennai but from all over India. One such fan named Gopi Krishnan and his family in Arangur, a village in Tamil Nadu, call their place of residence ‘Home Of Dhoni Fan.' A building painted in yellow with sketches of Dhoni in CSK jersey and the CSK logo adorn the front and sides and the parapet reads “#Home_Of_Dhoni_Fan”.

Super Fan Gopi Krishnan and his family in Arangur, Tamil Nadu call their residence Home of Dhoni Fan and rightly so.

Many Dhoni fans like Krishnan have their hopes pinned on ‘Thala' this season even as CSK languish in the seventh spot on the points table after managing just two wins from their first seven matches.

As the IPL enters into the second half CSK would take hope from the fact that a decade ago when the team won their first IPL title in 2010, they had won only two of their first seven matches.

However, CSK need to turn things around big time if they are to keep their hopes alive of making it to the playoffs. They have made the playoffs in every IPL season they have played thus far.

Barring the top three of Shane Watson, Faf du Plessis and Ambati Rayudu the other batsmen haven't arrived at the scene and the fragility of the middle order has cost CSK dear on many occasions.

The bowlers have done comparatively better than the batsman but death bowling still remains a concern.