IPL 2020, SRH vs CSK: With this win, Chennai Super Kings climbed one spot to go sixth on the IPL 2020 Points Table, with six points from eight matches. 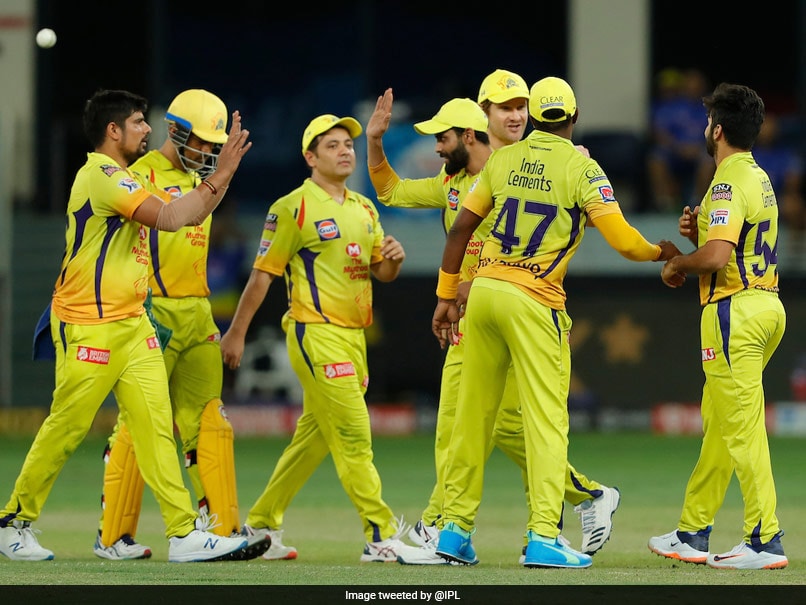 Kane Williamson's fighting half-century (57 off 39 balls) went in vain as Chennai Super Kings defeated SunRisers Hyderabad by 20 runs at the Dubai International Cricket Stadium on Tuesday. With this win, CSK climbed one spot to go sixth on the IPL 2020 Points Table, with six points from eight matches. David Warnerand Co. suffered their fifth loss of the season but were placed above CSK due to their superior net run-rate. Chasing 168 on a slow and turning wicket, with massive boundaries on one side was always going to be a tricky affair but SRH batsmen, barring Williamson, couldn't get themselves going. Their only noticeable partnership of 40 runs came for the fourth wicket between Williamson and young Priyam Garg.

While the New Zealand skipper stood ground from one end, he didn't get support from the other end as they kept losing wickets at regular intervals.

Dhoni used seven bowlers in the game and Piyush Chawla, who was given a chance in the playing XI, bowled just one over, conceding eight runs. Dwayne Bravo, who bowled the final over of the innings, returned with the best bowling figures of 2/25 among all CSK bowlers, while Karn Sharma leaked runs in his final over but managed to pick up two wickets. Sam Curran, Ravindra Jadeja and Shardul Thakur shared three wickets among them.

Earlier, CSK skipper MS Dhoniwon the toss and opted to bat and sent in all-rounder Sam Curran to open the innings with Faf du Plessis. Du Plessis didn't get to play a single ball in the first two overs and when he finally came on strike in the third over, fell on the very first delivery after edging Sandeep Sharma's delivery straight to wicket-keeper Jonny Bairstow.

Curran, repaid the faith shown in him by the CSK management, and scored some quick runs (31 off 21 balls), with the help of three fours and two sixes. Sandeep Sharma picked up his second wicket in the Powerplay, cleaning up Curran in the 5th over.

With both their openers back in the pavillion, Shane Watson and Ambati Rayudu batted watchfully and kept the scoreboard ticking,  with one and twos and a few occasional  boundaries.

The duo changed gears in the 15th over when they smashed a six each off Rashid Khan. Khaleel Ahmed broke the 81-run stand by dismissing Rayudu in the very next over. Watson also fell soon after as SRH bowlers pulled things back for a bit.

However, Dhoni (21 off 13 balls) and Ravindra Jadeja(25 not out off just 10 balls) played aggressively and scored some crucial runs down the order, guiding them to a fighting total of 167/6.

For SRH, Sandeep Sharma was the most economical and most productive bowler as he returned with figures of 2/19 in his four-over spell.

Dwayne Bravo Sandeep Sharma Dubai International Cricket Stadium, Dubai IPL 2020 Cricket Sunrisers Hyderabad vs Chennai Super Kings, Match 29
Get the latest updates on ICC T20 Worldcup 2022 and CWG 2022 check out the Schedule, Live Score and Medals Tally. Like us on Facebook or follow us on Twitter for more sports updates. You can also download the NDTV Cricket app for Android or iOS.