IPL 2020, RCB vs DC: Clash Of The In-Form Teams In Dubai, As Royal Challengers Bangalore Take On Delhi Capitals

IPL 2020, RCB vs DC: Royal Challengers Bangalore and Delhi Capitals have won three of their four matches, more than any other team so far, but only one of them will continue their winning run when the teams meet in Dubai on Monday. 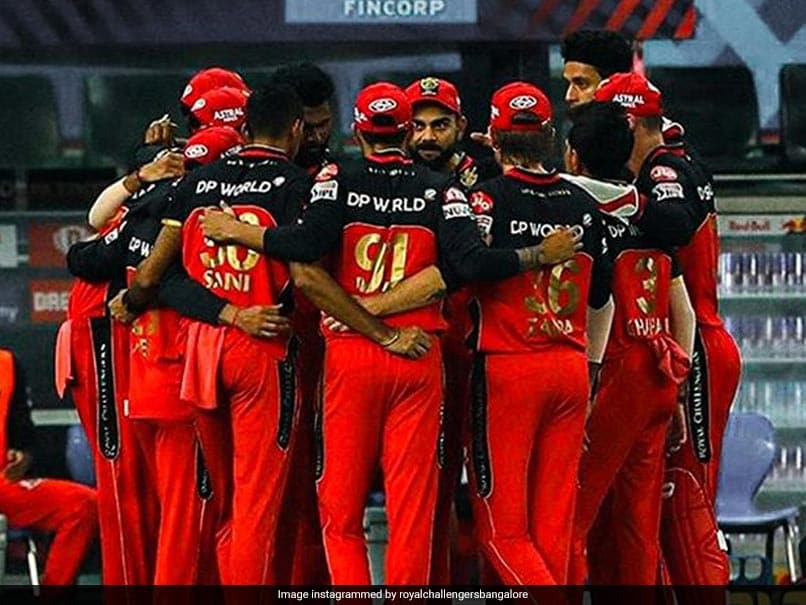 IPL 2020, RCB vs DC: RCB are high on confidence after winning three out of four games.© Instagram

It's the clash of the in-form teams of the Indian Premier League (IPL) 2020 on Monday, as Royal Challengers Bangalore (RCB) take on Delhi Capitals (DC) in Match 19 of the tournament in Dubai. RCB have won three of their four matches and have had an unprecedented start to their tournament while Delhi, who finished third last season, have begun their season in fine style, winning three out of four too. Both teams returned victorious in their last outings over the weekend as RCB beat Rajasthan Royals comfortably by eight wickets and Delhi Capitals hit the highest score in IPL 2020 in Sharjah on Saturday - 228/4 - and beat KKR by 18 runs.

Virat Kohli hit his first half-century on Saturdayand finished unbeaten on 72 as RCB chased down RR's 154/6 with eight wickets in hand. Devdutt Padikkal continued his fine run in the tournament with yet another half-century and star leg spinner Yuzvendra Chahal finished 3/24 from four overs.

For DC, it was a day of big hits on a 'post-stamp' size Sharjah ground where Prithvi Shaw, Shreyas Iyer and Rishabh Pant all got going. In all, 14 sixes were hit as Delhi were boosted by a sustained onslaught on Kolkata Knight Riders' bowlers.

Both teams now move to Dubai, the largest of all three outfields. The RCB bowling, that has risen to the challenge this season, will face their toughest task as they take on the most destructive batting line-up in the tournament thus far.

On the other hand, negotiating the pace of Kagiso Rabada and Anrich Nortje as well as the spin and guile of a fit-again R Ashwin will be the challenge for the RCB top-order that's flush with stars like Kohli, Aaron Finch and AB de Villiers.

Virat Kohli Shreyas Iyer Dubai International Cricket Stadium, Dubai IPL 2020 Cricket Royal Challengers Bangalore vs Delhi Capitals, Match 19
Get the latest updates on India vs Australia and check out  Schedule, Results and Live Score. Like us on Facebook or follow us on Twitter for more sports updates. You can also download the NDTV Cricket app for Android or iOS.