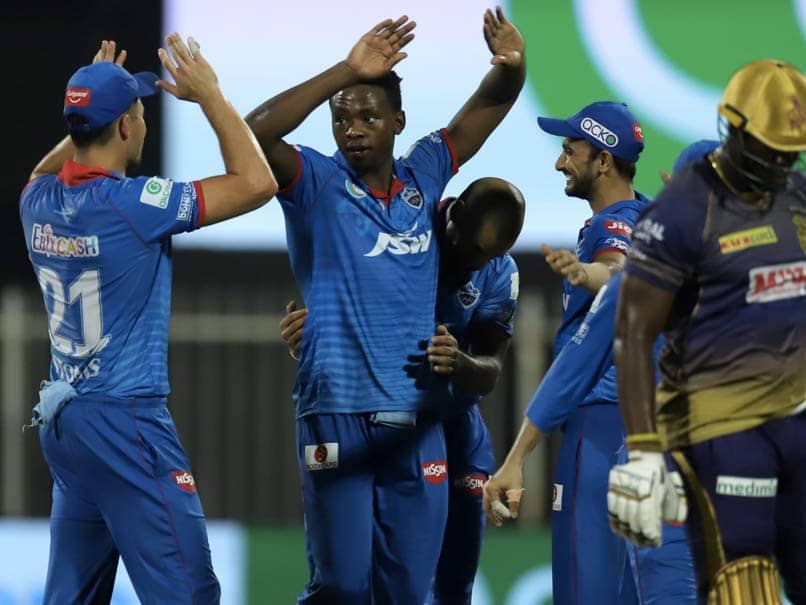 After the first double-header of this year's edition of the Indian Premier League (IPL), Delhi Capitals moved up to the top of the table, with their third win of the season as they beat Kolkata Knight Riders by 18 runs in a high-scoring thriller at Sharjah. Royal Challengers Bangalore, who won the afternoon game against Rajasthan Royals by eight wickets, are in the second spot, tied on points with DC but with a lower net run rate. RR slipped to sixth, while KKR are just above them at 5th, both tied with SunRisers Hyderabad and Mumbai Indians with four points apiece.

With every team having played four games, only DC and RCB have managed three wins, while Chennai Super Kings and Kings XI Punjab are languishing in the wrong end of the table with just one win each.

Devdutt Padikkal, who hit his third half-century of the season for RCB, moved up to fourth in the race for the Orange Cap, which is currently led by Mayank Agarwal with 246 runs.

DC captain Shreyas Iyer also marched up the run-scorers' list with his 38-ball 88 against KKR.

Yuzvendra Chahal's brilliant 3-24 against Rajasthan Royals saw him get his eigth wicket of the season and he took over the Purple Cap from KXIP's Mohammed Shami due to a better economy rate.

DC's Kagiso Rabada is also tied at eight wickets, and coming into the game, he boasted of a better economy rate than both Chahal and Shami, but a late onslaught by Eoin Morgan saw his numbers take a bit of a beating.

DC's Anrich Nortje also moved up the wicket-takers' list thanks to his crucial three-wicket haul.

The first of Sunday's games will see Mumbai Indians take on SunRisers Hyderabad. A win for Mumbai will see them go on top of the table due to a better net run rate than Delhi Capitals, while SRH will have to register a massive victory to improve their NRR over DC's.

The second game with see the two bottom teams face off as KXIP and CSK will be looking to turn around their fortunes.

Kagiso Rabada Anrich Nortje Cricket
Get the latest updates on IPL 2020, check out the IPL Schedule for 2020 and Indian Premier League (IPL) Cricket live score . Like us on Facebook or follow us on Twitter for more sports updates. You can also download the NDTV Cricket app for Android or iOS.