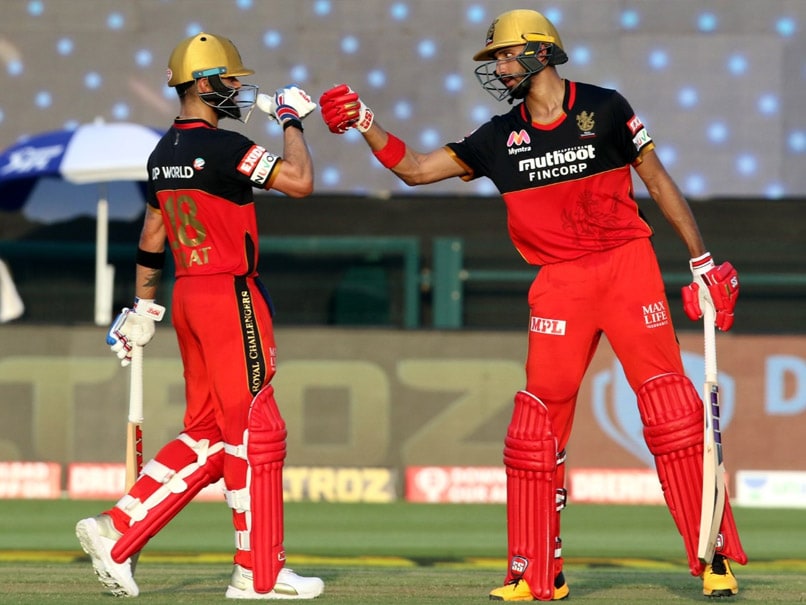 Half-centuries from Royal Challengers Bangalore captain Virat Kohli and Devdutt Padikkal, and a three-wicket haul from Yuzvendra Chahal, saw them comfortably beat Rajasthan Royals by eight wickets at the Sheikh Zayed Stadium in Abu Dhabi and shoot up to the top of the Indian Premier League (IPL) 2020 points table. After an inspired bowling performance saw them restrict Rajasthan Royals to 154/6 in their 20 overs, Kohli and Padikkal expertly chased down the targetwith five deliveries to spare.

Virat Kohli hit an unbeaten 72 off 53 deliveries, while the young Padikkal carried on his purple patch with a 45-ball 63.

Winning the toss and choosing to bat, Rajasthan Royals did not get off to the best start as their top three of Steve Smith, Jos Buttler and Sanju Samson all fell within the first five overs.

Robin Uthappa and Mahipal Lomror, who was playing his first match of the season in place of Ankit Rajpoot, then got together to rebuild for the Royals, putting on a 39-run stand before Uthappa became Chahal's second victim of the afternoon.

Lomror carried on, with Riyan Parag for support, before the latter holed out off Isuru Udana's bowling.

Chahal came back to outfox Lomror just before the youngster could get to his half-century. He made 47.

Rahul Tewatia and Jofra Archer gave RR a good finish, as they managed to put 154 on the board.

After Devdutt Padikkal got off to a quick start in RCB's chase, Shreyas Gopal trapped Aaron Finch to give the Royals an early breakthrough.

But RCB captain Virat Kohli and Padikkal ensured they faced no hiccups as they comfortably completed the chase, with the two putting on a 99-run partnership for the second wicket.

Kohli scored his first half-century of the season, after a few poor scores in the first three matches.

Padikkal, meanwhile, continued his good run of form as he scored his third half-century of the season, before being yorked by Jofra Archer.

However, AB de Villiers came to the crease, and he and Kohli ensured that RCB got a comfortable win.

The win sees RCB move to the top of the IPL 2020 points table, with six points.

Virat Kohli Devdutt Padikkal Cricket IPL 2020 Royal Challengers Bangalore vs Rajasthan Royals, Match 15
Get the latest updates on India vs South Africa and check out  Schedule, Results and Live Score. Like us on Facebook or follow us on Twitter for more sports updates. You can also download the NDTV Cricket app for Android or iOS.