IPL 2020, RCB vs RR: Virat Kohli Says "Need To Keep Up Momentum" As RCB Go Top Of The Table

IPL 2020: Virat Kohli said RCB need to keep up the momentum after a clinical performance against Rajasthan Royals earned them their third win of the tournament. 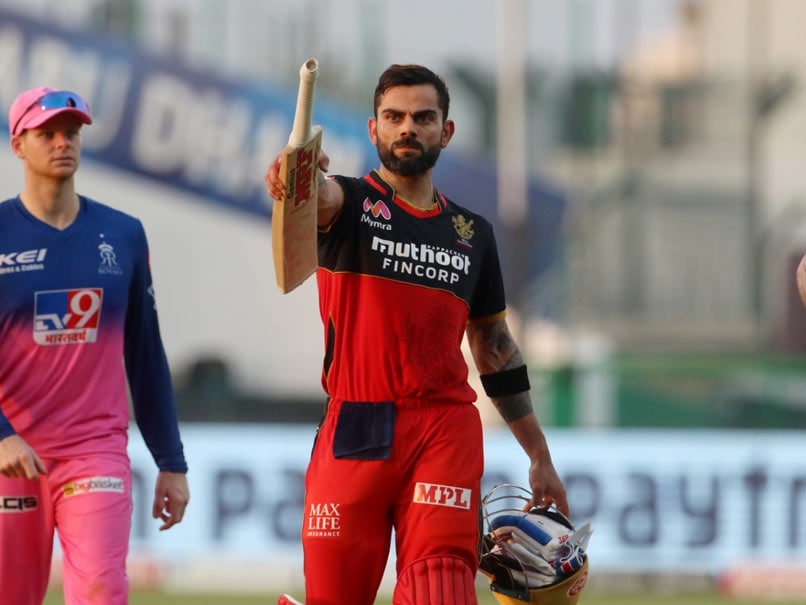 Virat Kohli struck his 37th Indian Premier League (IPL) half-century as Royal Challengers Bangalore defeated Rajasthan Royals by eight wicketsat the Sheikh Zayed Stadium on Saturday. After the win, Kohli highlighted the fact that in a tournament like IPL, it is important to carry the winning momentum because once the team starts losing matches, it gets difficult to come back to winning ways. "This tournament can get away from you very quickly. When you start losing initially, the games start going quickly and suddenly you realise 8 games are gone and you don't have points. We need to keep up the momentum," Kohli said at the post-match presentation.

The RCB skipper also lavished praise on young Devdutt Padikkal who scored his third half-century in the ongoing tournament.

"There wasn't much to reveal (to Devdutt) and I told Simon this guy's got serious talent - reach, and a great eye. And a left-hander, very clean shots You hardly feel he's taking risks, you get that feeling rarely at this level," Kohli added.

"Today he carried from 40 to 65 odd, so he's a smart guy and he understands the game well," Kohli mentioned.

With the win, RCB are now on top of the points table with six points from four games.

Losing captain Steve Smith rued the fact that his team didn't put enough runs on the board on a good wicket.

"We could have done a lot better. Didn't get enough runs on the board, it was a good wicket. We couldn't get a partnership together. Jofra bowled exceptionally, our leggies bowled well, but we didn't have enough on the board," Smith said.

Smith praised Mahipal Lomror, who played a crucial knock in his first game of the season.

"Lomror played nice under pressure and to get 155, we didn't look like getting that many; he played a mature innings," Smith concluded.

Steven Smith Mahipal Lomror Royal Challengers Bangalore vs Rajasthan Royals, Match 15 Cricket IPL 2020
Get the latest updates on ICC T20 Worldcup 2022 and CWG 2022 check out the Schedule, Live Score and Medals Tally. Like us on Facebook or follow us on Twitter for more sports updates. You can also download the NDTV Cricket app for Android or iOS.