IPL 2020, RR vs KKR: Shivam Mavi, Kamlesh Nagarkoti impressed with the ball while Shubman Gill top-scored with the bat in KKR's 37-run win over RR. 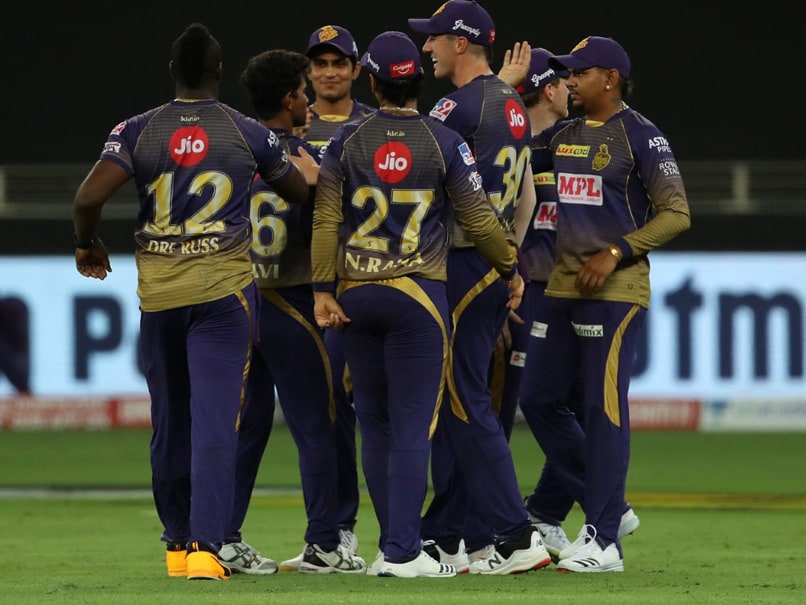 IPL 2020, RR vs KKR: Kolkata Knight Riders put in an all-round performance to bring up their 2nd win.© BCCI/IPL

It was a dramatic change of fortunes for Rajasthan Royals (RR) in Match 12 of Indian Premier League (IPL) 2020 as they slumped to a heavy 37-run defeat against Kolkata Knight Riders (KKR) in Dubai. Rajasthan skipper Steve Smith won the toss and put KKR in to bat. Shubman Gill's 47 at the top of the order and Eoin Morgan's 34 at the death helped KKR post a challenging 174/6. In reply, Rajasthan lost Steve Smith (3) and Sanju Samson (8) cheaply and Sharjah's hero Rahul Tewatia too for 14 as they were restricted to 137/9.

The middle order failed miserably for RR on a day their reliable top three didn't fire. Jos Buttler was dismissed for 21 by Shivam Mavi, who also accounted for Samson, inside the first seven overs.

Tewatia was bowled by Varun Chakravarthy, who also got the big-hitting Jofra Archer for six, as Rajasthan could not get any momentum in their chase.

Tom Curran resorted to some big hitting from No. 7 as he finished 54 not out off 36 balls with three sixes, but it came too late for the 2008 champions.

All bowlers contributed for KKR as the trio of Mavi, Nagarkoti and Chakravarthy got two wickets each while Pat Cummins, Sunil Narine and Kuldeep Yadav got a wicket apiece.

Earlier, a cameo from Andre Russell (24 off 14 with three sixes), who was promoted to No. 4, helped push KKR's innings into motion after Narine (15 off 14) and Nitish Rana (22 off 17) couldn't get the big hits going as frequently as they would have liked.

Karthik went cheaply for one but Morgan stayed on till the end and helped push KKR's total past the 170-run mark.

Archer began the match with an over of scorching pace, consistently breaching the 90mph mark and finished 2/18 from four overs.

Ankit Rajpoot, Jaydev Unadkat, Curran and Tewatia got one wicket each.

Tom Curran IPL 2020 Rajasthan Royals vs Kolkata Knight Riders, Match 12 Cricket
Get the latest updates on ICC Women's Cricket World Cup 2022 and IPL 2022, check out the Schedule , Live Score and IPL Points Table. Like us on Facebook or follow us on Twitter for more sports updates. You can also download the NDTV Cricket app for Android or iOS.