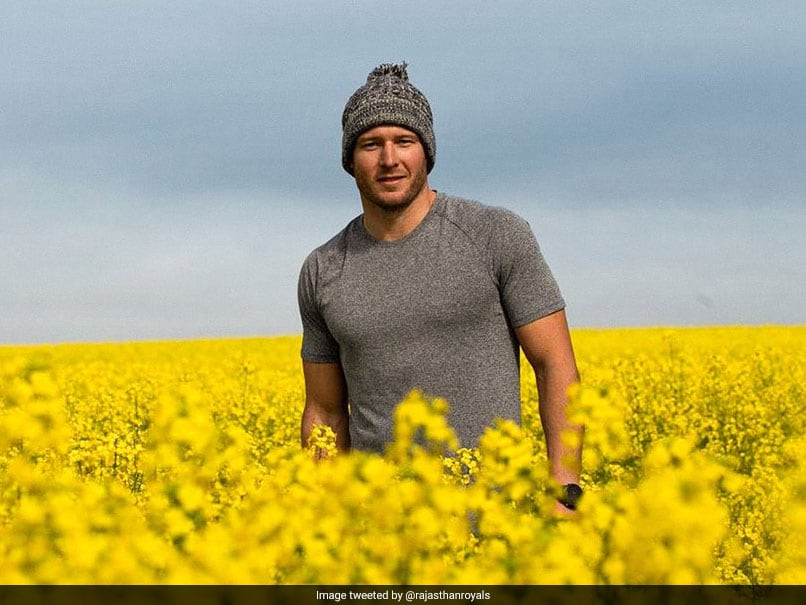 IPL 2020: The yellow mustard field is reminiscent of a scene from the movie© Twitter

Celebrating 25 years of Dilwale Dulhania Le Jayenge, Rajasthan Royals (RR) paid tribute to the Shah Rukh Khan starrer with a David Miller photo, which received some hilarious replies from fans on Twitter. In the photo, the South African cricketer can be seen standing in a yellow mustard field. DDLJ had a famous song in a similar frame with SRK and Kajol present, dancing to the tunes of 'Tujhe Dekha To'. The photo has been captioned as, "#DDLJ25 - David Miller tribute. #HallaBol | #RoyalsFamily | @DavidMillerSA12".

'Tujhe Dekha To' was performed by Lata Mangeshkar and Kumar Sanu. The song, which was released with the movie in 1995, became a go-to love song for thousands of people around the country.

DDLJ was directed by Aditya Chopra and produced by Yash Chopra. SRK and Kajol had the lead roles, with the likes of Amrish Puri and Farida Jalal playing supporting roles. The movie also won 10 Filmfare Awards.

Here are some of the replies to the tweet:

wish he did the 'wide action', would have given a tough competition to raj

Most Popular Movie of Bollywood in the World!

In the ongoing Indian Premier League (IPL) 2020 season, Miller has just played a match for the Royals.

RR are fifth in the table, after 10 matches. They have registered four wins and six defeats. They won their previous fixture against Chennai Super Kings (CSK) by seven wickets. They face SunRisers Hyderabad (SRH) in their upcoming fixture on October 22.

South Africa Cricket Team Shah Rukh Khan IPL 2020 Cricket
Get the latest updates on ICC Women's Cricket World Cup 2022 and IPL 2022, check out the Schedule , Live Score and IPL Points Table. Like us on Facebook or follow us on Twitter for more sports updates. You can also download the NDTV Cricket app for Android or iOS.