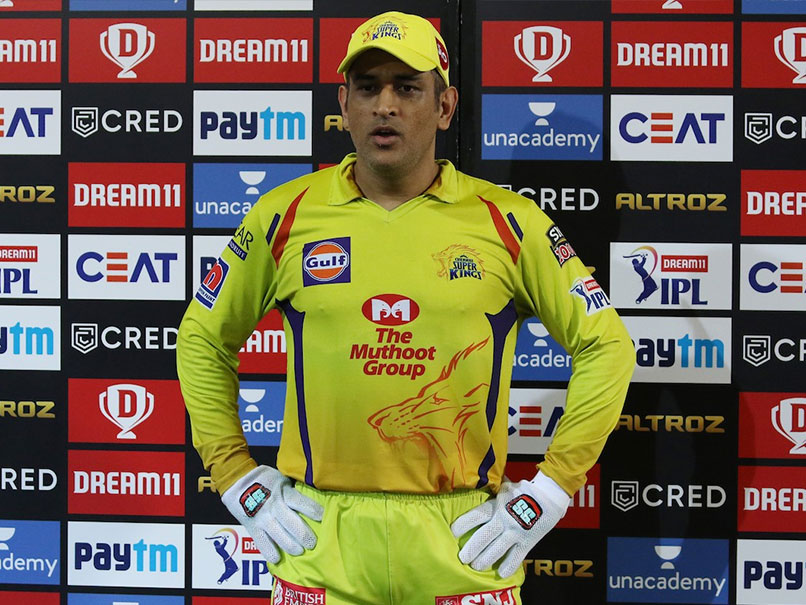 CSK vs RR: MS Dhoni said that CSK will look to give youngsters a go in the remaining matches in IPL 2020.© BCCI/IPL

Chennai Super Kings coach Stephen Fleming and skipper Mahendra Singh Dhoni say that the bottom-placed team will ring in the changes in its upcoming IPL matches by trying out youngsters even though the Indian is yet to notice the requisite "spark" in them. With just three wins from 10 matches so far, CSK now have only mathematical chances of making the play-offs. They next take on defending champions on October 23. "I think it's fair that we will be turning that over," Fleming said after the seven-wicket loss to Rajasthan Royals when asked if there will be a shift from the team''s policy of sticking to a squad.

The three-time winners' poor run this season has put a question-mark on the approach and Dhoni, trying to justify it, said that the younger lot has not done enough to force a change, until now.

"You don't want to chop and change. Insecurity is something you don't want to prevail in the dressing room. Also the youngsters, we didn't see the spark to push the guys," Dhoni said at the presentation ceremony on Monday.

"But what this result has done is give those youngsters a chance in the rest of the tournament. Maybe going forward we bring them in and they play without pressure," he added.

Fleming said the current slump should not be a bolt from the blue for the side, which has an average age of over 30.

"We have been really consistent over the years with our selection. It is fare to say that looking at the table now, this team has run out of a bit of juice. But if you look at the three year cycle we won the first year, lost the last one last year," Fleming explained.

"We always thought the third year was an ageing group and would be difficult and Dubai has chanced us with a whole new set of requirements.

"We have some players that we will look at...," the former New Zealand captain added.

Fleming said the slow conditions and some superb bowling by Royals spinners did not let his side settle into a rhythm.

"When in slow conditions you are exposed to spinners, it is difficult to get the innings underway. We lost wickets throughout. The consolidation period became longer. We could not get momentum."

Asked about not bowling a spinner after 12 overs, Fleming said, "It's more of a question for MS, to be fair."

"They are trying out. Even in Sharjah, it felt that it goes easier towards the evening. They (Smith and Buttler) played the spinners out of the game with their partnership, Buttler batted exceptionally."

MS Dhoni Stephen Fleming IPL 2020 Cricket
Get the latest updates on ICC T20 Worldcup 2022, check out the Schedule and Live Score. Like us on Facebook or follow us on Twitter for more sports updates. You can also download the NDTV Cricket app for Android or iOS.