IPL 2020, MI vs RCB, Mumbai Indians vs Royal Challengers Bangalore: Players To Watch Out For

IPL 2020: Mumbai Indians and Royal Challengers Bangalore clash in Abu Dhabi on Wednesday with both teams guaranteed a spot in the playoffs if they win. 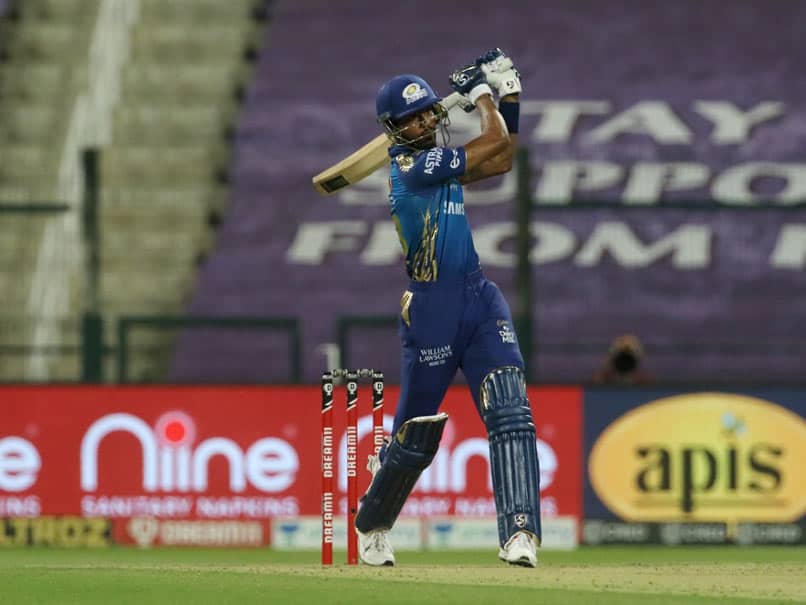 Mumbai Indians take on Royal Challengers Bangalore in Match No. 48 of Indian Premier League (IPL) 2020 in Abu Dhabi in a contest that is certain to give us at least one of the four qualifiers for the playoffs. Both teams are on 14 points and need two more to book a place in the final four, and after tasting defeat in their respective last games they will look to bounce back to winning ways and keep the momentum with them going into the business end of the tournament.

Mumbai have the likes of Quinton de Kock, Ishan Kishan and Hardik Pandya in great nick with the bat, with captain Rohit Sharma seen having an intense practice session after a brief injury layoff. Jasprit Bumrah and Trent Boult are as threatening with the ball, if not more, as they were at the start of the tournament.

RCB have their captain Virat Kohli in form and AB de Villiers as back up in any situation, while Mohammed Siraj and Yuzvendra Chahal have impressed with the ball.

Quinton de Kock: Barring his last outing, against Rajasthan Royals, De Kock has a 50-plus score in each of his four previous innings and in Rohit's absence he has taken it upon himself to play the anchor's role. Overall, he has 374 runs from 11 matches this season at 41.55 and a strike rate of 143.29, and he his Mumbai's highest scorer thus far.

Hardik Pandya: Hardik proved his mettle once again with an imperious knock of 60 off just 21 balls with seven sixes and two fours, pushing Mumbai to a challenging total of 195 in the process against RR. A masterclass from Ben Stokes kept Mumbai from a win but Hardik was at his destructive best, hitting his first half-century in IPL 2020.

Jasprit Bumrah: Bumrah has got into his groove as the tournament has progressed and he is now the fourth-highest wicket taker in IPL 2020 with 17 wickets from 11 matches. He also has more wickets than any other Mumbai bowler in this tournament and a decent economy rate of 7.52 runs per over.

Virat Kohli: The RCB captain is the highest scorer for this team so far in the tournament and averages 59.28. His last five scores of 50, 18 not out, 43, 48 and 33 not out show that Kohli has been in good nick and a big hundred could be just around the corner.

AB de Villiers: The South African has blossomed in his role at RCB as the years have gone by and returns of 324 runs from 11 games at a whopping strike rate of 174.19 show that he is as destructive as ever. Teams have found it difficult to restrict him once he tees off and Mumbai's bowlers will hope they are spared yet another AB show on Wednesday.

Yuzvendra Chahal: With 16 wickets from 11 matches, Chahal is RCB's top wicket taker in IPL 2020 thus far and he will target the strong Mumbai middle order, especially stand-in captain Kieron Pollard, who has been found wanting against leg spin in the past. The presence of right-handers in Mumbai's middle order - Suryakumar Yadav, Pollard and Hardik - could work in Chahal's favour.

Jasprit Bumrah IPL 2020 Mumbai Indians vs Royal Challengers Bangalore, Match 48 Cricket
Get the latest updates on IPL 2021, IPL Points Table , IPL Schedule 2021 , live score . Like us on Facebook or follow us on Twitter for more sports updates. You can also download the NDTV Cricket app for Android or iOS.