IPL 2020, KKR vs RCB: Kolkata Knight Riders were restricted to 84 for 8 in their 20 overs which is the lowest team total in IPL with wickets in hand. 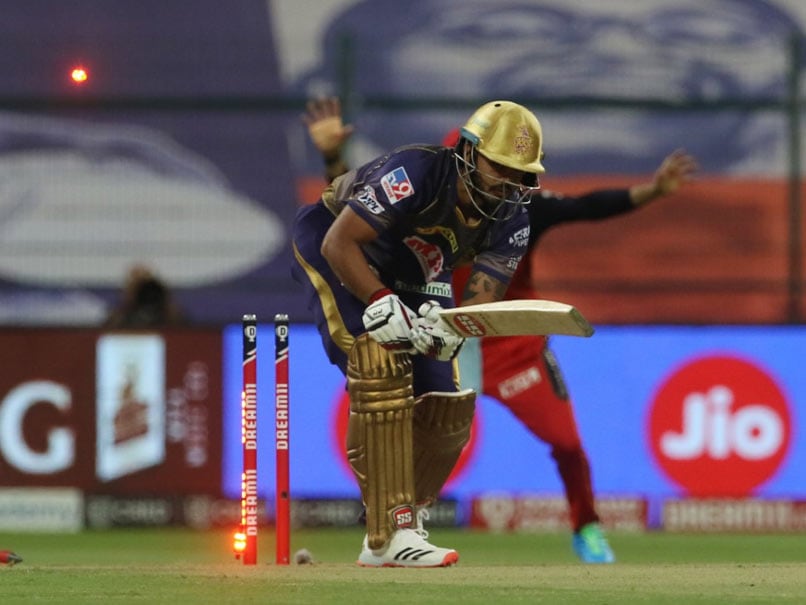 Kolkata Knight Riders owned an ignominious record of becoming the team that finished with the lowest total in their allotted 20 overs without getting bowled out in Indian Premier League (IPL). KKR were restricted by Royal Challengers Bangalore to 84 for 8 with Mohammed Siraj leading the way with 3 for 8 that included two wicket-maidens. Siraj also became the first bowler in IPL history to bowl two maiden overs in the same match. He dismissed KKR opener Rahul Tripathi, Nitish Rana and Tom Banton in a menacing opening spell of fast bowling. His figures after the first burst of three overs read 3-2-2-3.

Navdeep Saini got the other opener Shubman Gill and Yuzvendra Chahal accounted for former captain Dinesh Karthik to reduce KKR to 32 for 5.

Pat Cummins didn't last long as he was sent back by Chahal in the 13th over and captain Eoin Morgan followed in the 16th, perishing in his attempt to up the ante in the last five overs.

At the fall of Morgan's wicket KKR found themselves 57 for 7 before Kuldeep Yadav and Lockie Ferguson added 27 for the eighth wicket but could only take the team total to 84.

KKR were at one point at the risk of getting bowled out for the lowest team total in the IPL.

That unwanted record still rests with RCB, who were bowled out for 49, coincidentally against KKR, in 2017.

KKR's 84 is the 16th lowest total in IPL and KKR's second lowest after 67 all out against Mumbai Indians back in 2008.

RCB had little problem chasing down the total as they won the match in the 14th over with eight wickets in hand.

Dinesh Karthik IPL 2020 Kolkata Knight Riders vs Royal Challengers Bangalore, Match 39 Cricket
Get the latest updates on ICC T20 Worldcup 2022, check out the Schedule and Live Score. Like us on Facebook or follow us on Twitter for more sports updates. You can also download the NDTV Cricket app for Android or iOS.