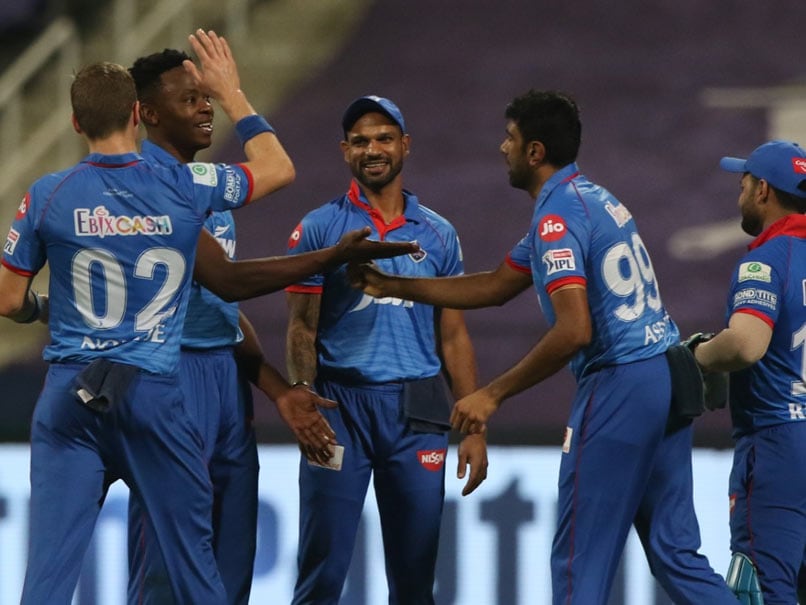 What was built-up to be a cracking contest between two teams fighting for a place in the top two as well as their eventual qualification for the playoffs turned out to be dour contest in the end as Delhi Capitals cruised to a comfortable six-wicket winover Royal Challengers Bangalore on Monday in Abu Dhabi. The win ensured Delhi a No. 2 finish on the points table with 16 points while RCB (14 points) will finish third or fourth depending on the result on Tuesday when SunRisers Hyderabad, another contender for top four, take on Mumbai Indians, the table toppers.

Fifties from Ajinkya Rahane (60) and Shikhar Dhawan (54) helped Delhi chase down the target of 153 with an over to spare and Delhi captain Shreyas Iyer was "very chuffed" with the performance.

"We knew it was a do-or-die and an opportunity for us to get to the second spot (and) we just focused on the win, not net run rate. We were really motivated. The teams winning in the latter half completely changed the scenario of the table and it was really commendable," said Iyer after the match.

Anrich Nortje picked up 3/33 and R Ashwin got the crucial wicket of Virat Kohli as RCB failed to get any kind of momentum in their innings and finished with an under-par 152/7.

"The bowlers were really up with their plans and they knew what they had to execute. Nortje was really good and it worked out pretty well," Iyer said.

Losing captain Kohli called the tournament thus far a "mixed bag" for his team as RCB qualified for the playoffs despite losing all of their last four league games.

"I think we controlled the middle phase really well and they could've taken the game away from us. We are happy that we've qualified (but) top two would've been really very nice," said Kohli after the match.

"But I think we've played good enough cricket to earn a qualification spot. You could say just before the qualification, the mindset was a little bit tentative.

"We've got two games to reach the final. We have a shot, an opportunity and that's all we want as a team," Kohli added.

Virat Kohli Shreyas Iyer Anrich Nortje IPL 2020 Delhi Capitals vs Royal Challengers Bangalore, Match 55 Cricket
Get the latest updates on Fifa Worldcup 2022 and check out  Fifa World Cup Schedule, Stats and Live Cricket Score. Like us on Facebook or follow us on Twitter for more sports updates. You can also download the NDTV Cricket app for Android or iOS.