IPL 2020, CSK vs KKR, Chennai Super Kings vs Kolkata Knight Riders: Players To Watch Out For

IPL 2020, CSK vs KKR: Chennai Super Kings take on Kolkata Knight Riders in Dubai, with a win of great importance for the latter, considering the competition for the fourth spot. 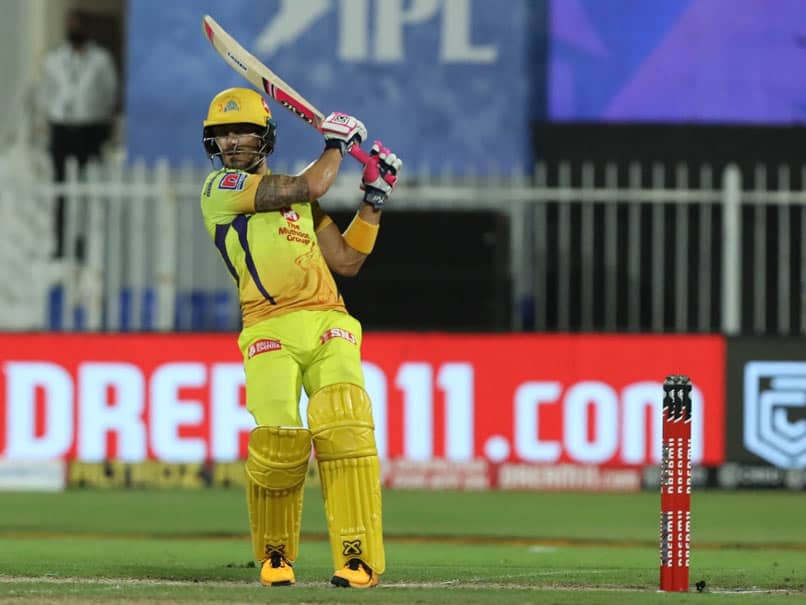 Chennai Super Kings (CSK) take on Kolkata Knight Riders (KKR) in Match No.49 of the Indian Premier League (IPL) 2020. The contest is of great importance for KKR, who face strong competition for the fourth and final playoffs spot. The Kolkata based franchise are currently on the fifth spot, with 12 points from as many matches. Kings XI Punjab (KXIP) occupy the fourth position, due to a better net run rate than KKR, despite having the same tally. SunRisers Hyderabad (SRH) and Rajasthan Royals (RR) further pose a threat, with 10 points from 12 matches. CSK are officially out of the race for the playoffs.

Lockie Ferguson has been in good form for Kolkata, accounting for wickets at regular intervals. Shubman Gill further seems to be in good nick with the bat, having scored a half-century in the previous league clash against Kings XI Punjab (KXIP).

Ruturaj Gaikwad made his presence felt for Chennai in the derby match against Bangalore, scoring a half-century. Sam Curran has been reliable as an all-rounder.

Sam Curran: The English all-rounder has made his presence felt for Chennai Super Kings, ensuring consistency. Sam helped rescue CSK with an excellent half-century against Mumbai Indians (MI) after the side was reduced to 30/6 at one stage. The 22-year-old was similarly impactful against Royal Challengers Bangalore (RCB), accounting for three dismissals.

Faf du Plessis: The South African batsman is amongst the top run-getters in the ongoing edition. Du Plessis has been the most consistent batsman for CSK, scoring 401 runs in 12 matches at a strike rate of 140.70 and average of 40.10.

Deepak Chahar: The Indian pacer has been one of the best bowlers for CSK, picking wickets at regular intervals. Deepak has accounted for 12 dismissals in as many matches, at a strike rate of 23.

Varun Chakravarthy: The 'mystery spinner' has led from the front for KKR, with his five-wicket haul against Delhi Capitals (DC) drawing praise. Chakravarthy's performances have resulted in a maiden call-up to the Indian team for the T20I series against Australia, which will motivate him further going into the business stage of the tournament.

Shubman Gill: The young opener has been one of the top run-getters for KKR, ensuring impressive performances at the top of the order. Gill scored a fine half-century against Kings XI Punjab (KXIP), stitching a sublime partnership alongside skipper Eoin Morgan.

Lockie Ferguson: The New Zealand pacer has been a reliable performer with the ball, after making a late debut against SunRisers Hyderabad (SRH). Ferguson may have made a delayed entrance in the ongoing edition, but he is making up for the same in an impressive manner.

Lockie Ferguson Sam Curran Shubman Gill Deepak Chahar Cricket
Get the latest updates on IPL 2021, IPL Points Table , IPL Schedule 2021 , live score . Like us on Facebook or follow us on Twitter for more sports updates. You can also download the NDTV Cricket app for Android or iOS.